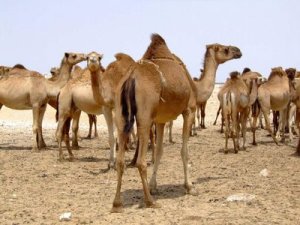 The principal the Harmlessness is very close to the Hindu concept of Ahimsa. Ahimsa is a religious-ethical principle adopted presently in Hinduism, but widely accepted by Jainism and Buddhism.  Ahimsa is the constant rejection of violence and absolute respect for all life: non-violence is inspired by universal love.

Ahimsa is therefore a waiver of any intention to kill or injury, to input suffering to another by cause of violence. Ahimsa is the opposite of selfishness, hence is absolute love, purity and straight action. Ahimsa is nonviolence in thought, word and deeds. Ahimsa can be expressed by the respect for the ideas of others, or respect for all religions, schools of thoughts, sects, organizations, and the respect for other’s spiritual sovereignty and freedom to live their lives.

But, through the observation of these two concepts, one has to query, when is it correct to interfere  in someone’s else life in order to help them, meaning when is it righteously our deed to do, and when it can only aggravate the karmic load of the other, stealing the opportunity of the karmic learning experience? But how one distinguishes the limits of these situations and not incur in a personal karmic overload when just genuinely trying to help?

Harmlessness is a view that does not limit itself through the general intention of “not harm”, to vow itself to adhere be a code of non-violence, but also means to not accept any fruits of violence, meaning not engaging in commercial activities that cause direct or indirect suffering to other sentient beings, either actuality using diamonds from Congo, for example, or either accepting animal-based food, that causes suffering and death of innocent lives. To embody true harmlessness, one has to be rid of everything that can maculate its purity principles. Harmlessness or ahimsa also rejects violent principals as entertainment, such as allowing oneself to accept the banalization that violent movies bring to our immediate reality. His Holiness, the Dalai Lama, regards the acceptance of the trivialization of violence as passive evil and warns us that prolonged exposure to viciousness can damage the core of our soul.