An exam on the possibility of Animal Evolutionary Consciousness

The Violence of the Sacred 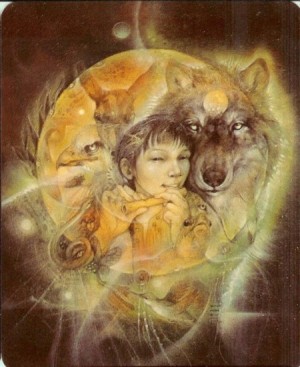 “We call them dumb animals, and so they are, for they cannot tell us how they feel, but they do not suffer less because they have no words.”

The discourse on religions and animal relationships is complex one, and it certainly ignores the philosophical possibility of an Animal Evolutionary Consciousness. We can only speak very briefly on its essence, at least in regards the ancient religions, and the general meaning of the ritual of sacrifice[1] .

According Sigmund Freud, the Totem religion is one of the oldest ones to practice reverence and sacrifice of their sacred animals. Generally, in a Totem guided society, the meat of the animals was forbidden except on solemn occasions and with the participation of the whole tribe.

The mystery of the sacrifice of the death of the Totem Animals were explained by the fact that for these societies, they constituted the link with their God. Death and periodic consummation of the “totem" was the essential element of totem religion.

Do animals have an afterlife?

The sacrifice at the altar was the essential part of the rites of the ancient religion. The altar was innate and built for sacrifices. Each shrine inevitably retains and recalls the suffering of animals through the ages.

The intentions of the sacrifices were very diverse and the consequences derived from the God that was the recipient of the sacrifice. In origin, it appears that the sacrifices were but a "social act of union” between the divinity and his worshiper. In later times, it became an offering made to the deity to appease, placate and make the presented request propitious.

Mystical Christ & the Mystery of the Two Geneses

[1] Suggested reading: Violence and the Sacred Book by French anthropologist René Girard. Religion is seen by Girard a way of regulating social violence and creating social cohesion. He argues that through sacrifice, the violence that threatens the community is ritually cast out, turned outwards rather than inwards on to the members of the community. Girard, who sees society as an affair of men and says this explicitly, relates sacrifice to religion: he sees the religion's function as keeping violence out of the community by means of the mechanism of the scapegoat, or the ritual which substitutes for it.

Animal Evolutionary Consciousness Through the Diverse Religions I