Mystical Christ & the Mystery of the Two Geneses (births)

Nothing in all creation is so like God as stillness. — Meister Eckhart

It is well known, not only through the old cannons of spiritual traditions but by mere observance of the daily existence that a Man has two different types of birth. One, natural in this physical nature, and the second one, a spiritual and transcendent one. To better understand this transformation, in its metamorphic ways, we need to deeply understand the Mystery of the activation of the Christ energy and the significant influence of the Solar Christ in our lives.

The Seed of Life, since conception starts to develop inside of the womb, during this period, the Christ-soul (1) is housed into the “cave” of the physical heart. The Christ-Child in our hearts is already the king: there he is surrounded by “animal instincts”, the ignorance of the donkey, the stubbornness of the ox, the fragility of the lamb. The other “kings” inside of the body (such as arrogance, greed, and pride) desire to kill the newborn King, to continue to guarantee the “freedoms” and actions of the lower-self, without guilt or moral questioning.

The Christ-Child is attacked by these shadows as it intends to be born again inside of the same physical body, as the heart starts to expand and grow. Typically, as it is persecuted by inferior feelings, emotions, and circumstances, he flees to Egypt, which is a metaphor of the internal temple, of the inner world. There he continues to grow spiritually, assimilating all experiences to be better equipped to take over its mission and realizing his soul purpose. 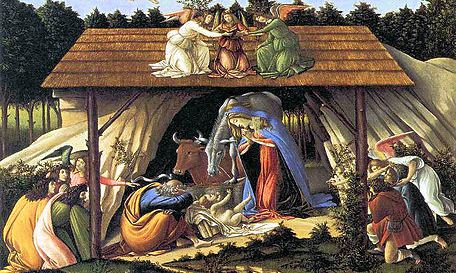 (1) In the mystery religions of ancient Greece, the act of anointing with oil was a symbol of initiation. It was an outward sign of a person having achieved spiritual enlightenment or union with the inner dwelling Spirit of Truth – the Christos. The person thus became a Christos following a long period of study and ascetic practice. We could say that a Christos is someone who has obtained Gnosis, knowledge of God and themselves – spiritual enlightenment. A Christos is, therefore, someone who has fully joined with the Spirit of Truth. In esoteric Christian terms, this can be seen as an expression of the human Jesus being fully united with the Spirit of God. Through Jesus, God came amongst us (Emmanuel). Ref: English folk church

Are You Experiencing Past Life Memories?