The Mystical Christ and the Mystery of the Two Geneses 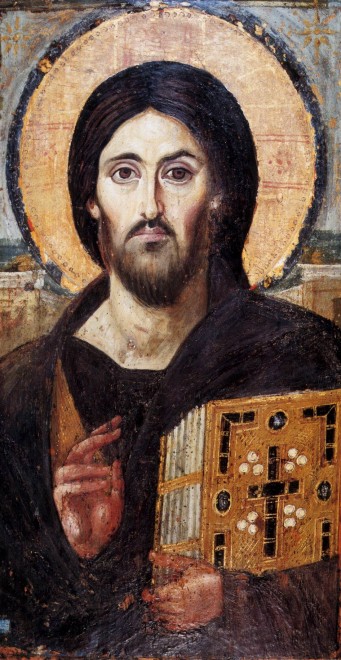 The Sun in this instance represents the original Divine fire and the other centers, its ramifications and centers of power.

Cresthos (2) which in Greek means “good man,” it is one of the qualities a seeker should acquire to before he can become a Christos, or the anointed. Only after being initiated through the rites from the temple of the heart, through a virtuous exoteric life, one can initiate the inner journey and traverse the narrow doors of ascension. The seeker must first acquire the seven virtues, to feel the happiness fully to experience God and to unite with Him.

“Blessed are the pure in heart, for they shall see God”. Mathew 5:8

(2) Another title that dates back to classical Greece is Chrestos (Crhstos). Cristos and Crhstos differ from each other only in the third vowel, both of which would have been pronounced similarly – ee – as in Hreestos with a soft ‘ch’ at the beginning. They are clearly related to Greek typically uses permutations of common root words to express subtlety different aspects of the same or similar concept. By the time of Jesus, though, Chrestos had acquired an outward meaning of a kind, good or honorable man – a title that would precede a person’s name much like ‘the honorable …’ in modern English. Chrestos continues to mean ‘honorable, upright or virtuous’ in modern demotic Greek.

But, in earlier antiquity and within the mystery religions, the term Chrestos had a deeper meaning than simply a good man. It referred to a disciple of the religion, someone who was actively seeking the Truth. As noted above, when he had achieved this he was anointed with oil to signify his change of status into a Christos. As a disciple of the Spirit of Truth, a Chrestos was associated with the Temple of the Oracle as Priest and Prophet or interpreter of the Word or Oracle. A Chrestes was the one who explained the oracle, a priest, prophet or soothsayer and a Chresterios the one who belongs to or is in the service of, an Oracle, god or master. It could also refer to the word of God itself. For instance, in 470 BC, the Aeschylus refers to ‘pythochresta’ or oracles delivered by a Pythian God through a priestess or Pythoness. In 460 BC the words ‘Chresten Oikistera’ are found in Pindar, meaning ‘the oracle proclaimed him the colonizer.' Such a man was known as a Chrestos. In 420 BC, Herodotus explains the word ‘Chreon’ as that which an oracle proclaims – in other words the prophecy or word of God. In classical Greek, the word ‘Chraomai’, meaning consulting an oracle, also implied being fated by an oracle. A ‘Chresterion’ was not only the seat of an oracle but also an offering to or for the Oracle. There was, therefore, a sacrificial element to the term. Ref: English folk church