The window for Stellar Code Spica runs between 12 September and 16 October. 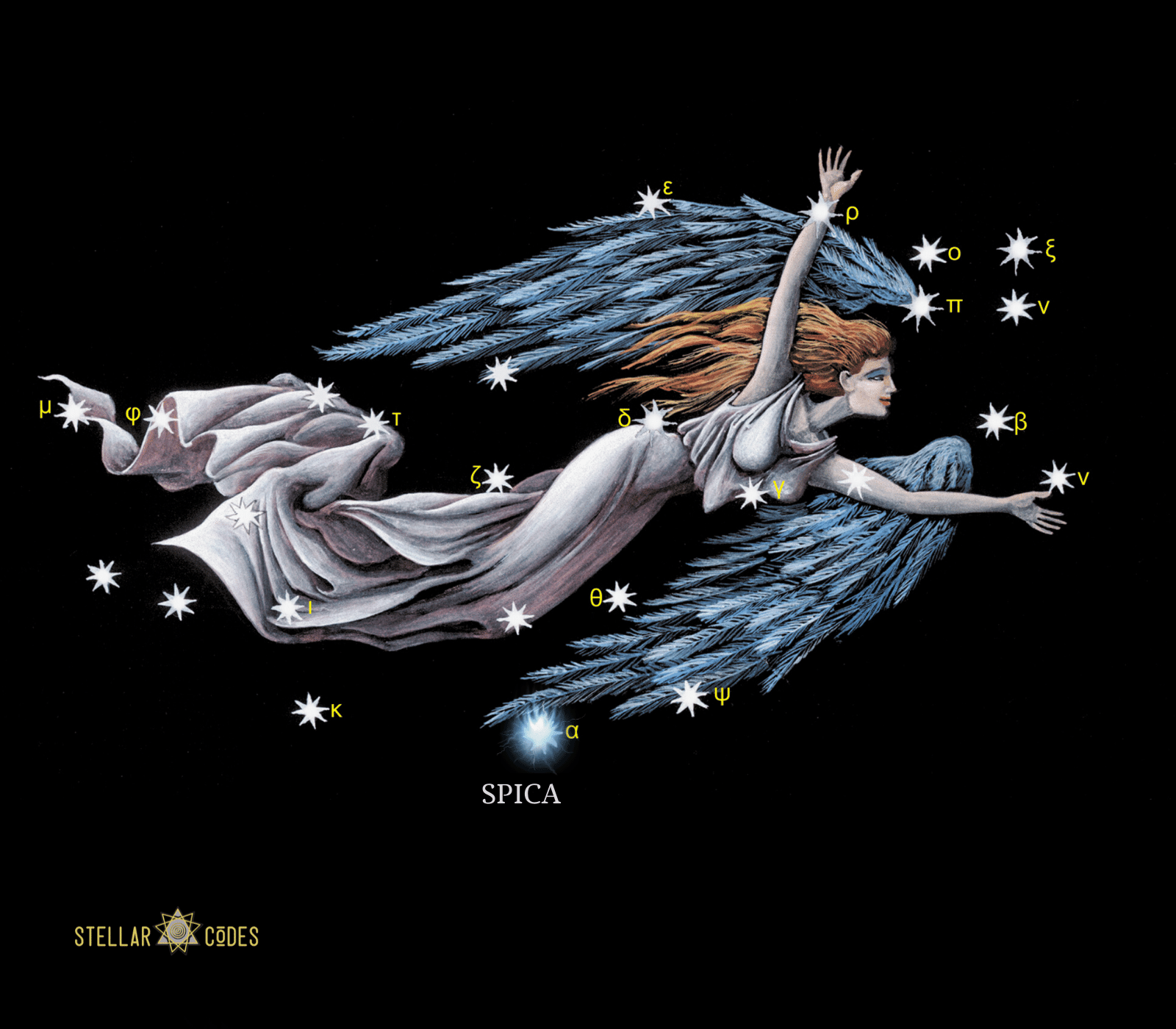 Spica is a night star that is regarded by astronomers as the standard example of a first magnitude star. It is a brilliant flushed white helium-type star, the 16th brightest star in our night sky.

"Beneath Boote's feet the Virgin seek, Who carries in her hand a glittering spike. Over her shoulder there revolves a star In the right wing, superlatively bright; It rolls beneath the tail, and may compare With the bright stars that deck the Greater Bear. Upon her shoulder one bright star is born, One clasps the circling girdle of her loins, One at her bending knee; and in her hand Glitters that bright and golden Ear of Corn. May the Christ consciousness which loves all of the humanity, Leads a disciplined life, recognizes the divinity in All faiths and all beings, fill your daily life With overflowing Love." ~Aratus

Spica is the brightest star in the constellation Virgo. The name Spica, from the Latin Spicum, is said to signify the ear of wheat. Virgo holds in her left hand. In the Greek and Roman tradition Virgo, the Virgin was generally identified with the goddess Astraea, the personification of justice and also associated with innocence and purity. Legends say she was the last of the deities to abandon the Earth after the end of the Golden Age. In another legend, she is Persephone, daughter of the goddess of the harvest Ceres, and consequently associated with agricultural matters. In many parts of the classical world, she is the wheat-bearing maiden or the daughter of the harvest.

In Egypt, the Goddess Isis's star Spica was honored as the Lute Bearer.

In other lands, too, Virgo was associated with a great mother goddess. In Babylon, she was Ishtar, Queen of the Stars. In Rome, she is the Goddess Pax with her olive branch. In India, she was Kanya the Maiden, mother of Krishna. She has been identified with the Saxon goddess Eostre, whose name was the root of the religious holiday Easter. Medieval Christians saw her as the Madonna, or as Ruth of the Fields. She has also been honored as Diana, Minerva, Athena, and Urania, the Muse of Astronomy.

The sign Virgo, who is the only female figure in the zodiac, is one of the most significant in the zodiac. Its symbology concerns the whole goal of the spiritual evolutionary process. She is seen as the one responsible for shielding, nurture and finally reveal the hidden spiritual reality to humanity.

Esoterically, the emanations of Virgo the Virgin nurture and shield the hidden divinity in each one of us until spiritual birth can occur. The constellation itself is cup-shaped and is representative of the cup of communion, the highest meaning of the Holy Grail. Virgo is the celestial Chalice for the Divine Host.

Virgo represents the womb of form, guarding the Christ-consciousness within her substance while God's plan unfolds and she can give birth to the Christic child within us at the appointed time.

Spica represents the sacred womb of Virgo the Virgin. The Stellar Code™ - Spica Attunement and Initiation will consist of three empowerments for the transformative stage of spiritual chrysalis to bring to birth the awakening of the Christ-consciousness within the Initiate.

This is a unique opportunity to access and anchor the Divine Feminine through the archetype of Virgo. Both the Divine Feminine and the Divine Masculine are necessary facets for the balancing of the polarities needed for the true alchemization of the Soul and birth of the Christ consciousness within us.

The Stellar™ Code - Spica Initiation is one of the requirements for the Cord of the Lightweaver. 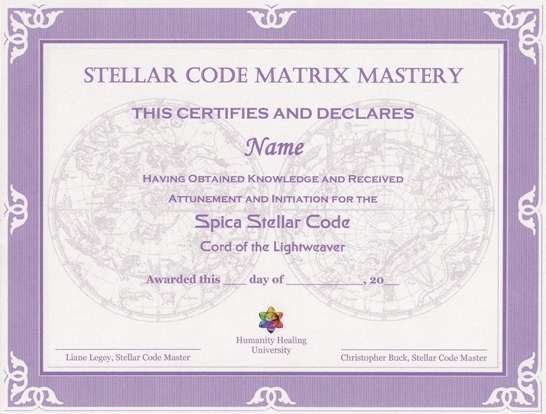