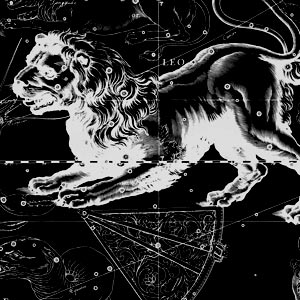 Alpha Regulus is a triple star, 1.7, 8.5, and 13, flushed white and ultramarine lights directly from the heart of the Lion.Regulus - the star of kings known as being the heart of the lion in the constellation of Leo.

The majestic lion, the King of the Beasts, is Leo's symbol. Throughout history, the majestic lion has symbolized sovereignty, rulership, and courage. "The lion's size and strength have captured human imagination since ancient times" In Egypt, the lion represented the ferocious heat of the sun and was seen in the likeness of Sekhmet who is the Egyptian goddess known as the Eye of Ra. She is the power that protects the good and annihilates the wicked.these gods and goddesses. Here, the symbolic meaning of lions revolved around protections and they were viewed as guardians of the dead as well as guardians of palaces, doorways, shrines and thrones. They were also ultimate protectors of hearth and home. 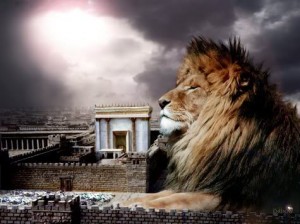 It is mentioned in the Bible Book of Revelations 5,5:

"Behold, the Lion of the tribe of Judah the Root of David, hath prevailed to open the book, and to loose the seven seals thereof."

Regulus is one of the famed Royal Stars of the Persians, and this title, the Lion's Heart, has been a popular one from early classical times, seen in the Kardia Leontos of Greece and the Cor Leonis of Rome, and adopted by the Arabians. It was considered as the leader of the Four Royal Stars of the ancient Persian monarchy, the Four Guardians of Heaven. It is said that the four stars marked the cardinal points, along with Antares, Aldeberan, and Fomalhaut.

Regulus houses the Archangel Raphael, the watcher of the North, and the Angel of Healing..

In Certain circles, Regulus is very important, regarded almost as a planet itself. 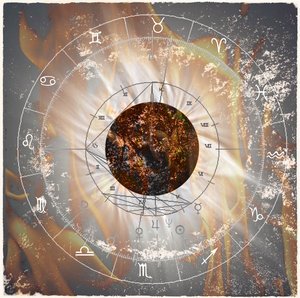 It would be conceited to suppose Regulus exists only to influence humans living in this planet. The ideas on the qualities of the star Regulus are undoubtedly only a minute piece of the infinite influences this great sun has on our Earth and other Fixed stars, just a note of his symphony on the music from the stars.

Sirius is the star of Christ consciousness and we associate it the Christ with the Heart center, through the emanations of the star Regulus the Heart of the Lion, the Lawgiver amplifies the "lens, Then " the regulator, of energy to the Earth, motivates a response in humanity to express this consciousness of the heart, the quality we call love.