Many are very surprised to know that in many places in the Bible there are mentions of the existence of our many subtle bodies. Here, we will list and comment succinctly on several of them.

"I must go on boasting. Although there is nothing to be gained, I will go on to visions and revelations from the Lord. I know a man in Christ who fourteen years ago was caught up to the third heaven. Whether it was in the body or out of the body, I do not know-God knows. And I know that this man-whether in the body or apart from the body I do not know, but God knows- was caught up to paradise. He heard inexpressible things, things that man is not permitted to tell."
~2 Corinthians 12:1-4

The apostle Paul refers to the person as a Christian before he reported the experience. Nevertheless, we may assume that it was Paul himself that had this experience.  He refers twice to the fact that this occurrence was likely to have happened outside of the body because to reach Paradise (the upper realms of very subtle planes) while still living, one can only reach it through an Out of Body Experience.

The expression Spiritual Body, which is Paul's reference here, corresponds to the belief of the existence of a subtle body that interacts and interpenetrates our physical body. Many names could apply to this concept: Astral Body, Light Body, and Subtle Body.  In all Paul's writings We see that he refers to the Spiritual Body as being the SOUL, which is the original primary concept connected to the Divine Spiritual Principal; but for him, the "pure spirit" is esoterically related to the mental body, and is the superior and pure mental energy.

"May God himself, the God of peace, sanctify you through and through. May your whole spirit, soul and body be kept blameless at the coming of our Lord Jesus Christ. The one who calls you is faithful, and he will do it."
~ 1 Thessalonians 5:23

"For the word of God is living and active. Sharper than any double-edged sword, it penetrates even to dividing soul and spirit, joints and marrow; it judges the thoughts and attitudes of the heart. Nothing in all creation is hidden from God's sight. Everything is uncovered and laid bare before the eyes of him to whom we must give account."
~Hebrews 4:12-13

By analysis of verses above, we see that the Apostle Paul had no problem classifying the many vehicles, or energetic bodies, used by the consciousness to manifest. 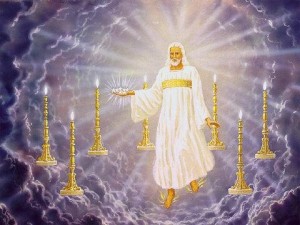 "On the Lord's Day I was in the Spirit, and I heard behind me a loud voice like a trumpet, which said: "Write on a scroll what you see and send it to the seven churches: to Ephesus, Smyrna, Pergamum, Thyatira, Sardis, Philadelphia and Laodicea."
~Revelations 1:10-11

In this text attributed to the Apostle John, we can observe that he had witnessed this in Spirit, and he was not inside of his physical body. Hence we see his "vision" was a projection of his consciousness.  Many different schools of knowledge talk about the internal chakras and how they relate to the experiencing of noises when any or all those spiritual energetic centers are activated. The Scroll contained the keys of ancient knowledge that could be triggering the energy of the 7 "churches".  Tradition also says that the Apostle John, known as the one Jesus loved the most, was a gifted astral projector and also a clairvoyant.

There are mentions of different Subtle Bodies in the Old Testament as well. 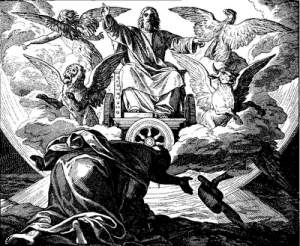 "The Spirit then lifted me up and took me away, and I went in bitterness and the anger of my spirit, with the strong hand of the LORD upon me"~ ~Ezekiel 3:14

In this report, we see that Ezekiel declares he was projected outside his physical body with the help of an auxiliary "hand."  In modern terms, this would be classified as an assisted Astral Projection using one of the Subtle Bodies. In many other reports, it is said that Ezekiel had an incredible scope of psychic abilities, including one of being a Transphysical Medium or a channel for various spirits. 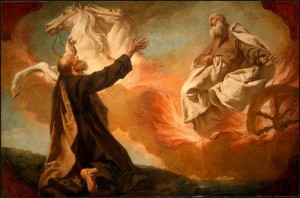 In this particular text, we see clearly a reference to the fantastic parapsychological abilities of Elisha; who seemed to know ahead of time all the plans of the enemies of Israel. This may suggest that he was able to use his subtle vehicles to astral project himself across long distances to view whatever strategies were being made by the enemy troops.

As you can see, there are many areas where spiritual teachings and religious teachings overlap if we only open ourselves to the possibility.  This really should not come as a surprise:  how many All There Is can there be?