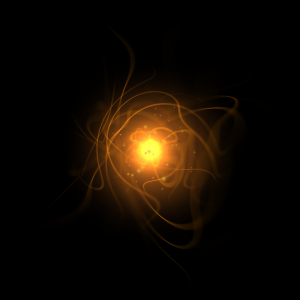 Prana is a Sanskrit word meaning “life-force” the invisible bio-energy or vital energy that keeps the body alive and maintains a state of good health. Pranic particles  or Golden Spheres are the life-energy or life-principle of the universe.  This primeval energy is known by different names in other schools of wisdom, including Ki (Japan), Chi (China), Pneuma (Greece), Mana (Polynesian), Ruah (Hebrew – Breath of Life, Old Testament).

Prana has many uses and is required for the continued existence of one's physical body. Prana is the only substance in Creation which can create the steady structural replacements required by a physical body.

Pranic Healing has been a widely practiced art and science in ancient civilizations in China, Egypt, and India. This ancient healing methodology is intended to complement conventional medical practices as well as other alternative healing methods.

There are three major sources of Prana.

How did it come into existence?

Prana was first expounded on in the Upanishads, where it is part of the worldly, physical realm, sustaining the body and the mother of thought and thus also of the mind. Prana suffuses all living forms but is not itself the Atman or individual soul. In the Ayurveda, the Sun and sunshine are held to be a source of Prana.

The article above was excerpted from the eBook, The Cosmic Food Chain by Humanity Healing