Tradition says that when a Soul chooses to incarnate on Earth, there are seven possible Paths she  may choose from so that it may continue to grow and evolve.

One of them is the Path of Earth Service.

This is not an easy path, as it requires many Gifts of the Spirit, such as extreme Love, Dedication, nd Fortitude. It is one of the sacred ways of respect for all life, and reverence for our Mother Earth.

As simple as it sounds, it requires many skills and allows many manifestations. As Light-warriors, being the voice for those that do not have a voice. As Lightworkers, harmonizing the dissonant energies of duality, and transforming polarity in Oneness. As Light-weavers, bringing Hope and Healing for those that have become lost in the despair of darkness. 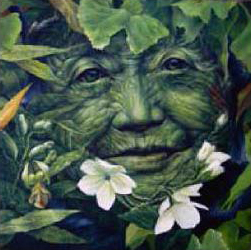 It is a Path of Dedication because it requires the strength of soul to withstand and alleviate the suffering of many beings; like the Earth who blesses every being under her protection and patiently guards their ways.

It is a high purpose: to be the safe place and the Lighthouse for many, with no guarantee of recognition, glory, or material recompense. But for the Individual that bravely traces its footsteps along the Path of Selfless Service to all, some riches become jewels to wear on their Soul. This is a gift for eternity.

And when the Soul graduates from Earth School, the greatest reward will be to see their job well done.

As might be expected, very little has appeared in our literature as to the seven Paths which stretch before the man who has reached the fifth initiation. It is obviously impossible, and also unnecessary, to convey to our mind any impression as to the significance of these paths, or as to the attributes needed for their treading. As time progresses and the race reaches a higher point of development, we shall be able to comprehend more, but under the law of economy it would be fruitless effort for the teachers of the race to instruct us on the characteristics needed for the treading of the seven Paths, before we have as yet apprehended or developed those required for traversing the Probationary Path, not to mention the Path of Initiation. 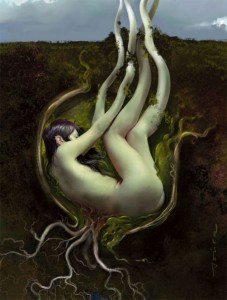 One general fact we do know, and that is, that before these Paths can be trodden, a man must be a Master of the Wisdom, he must be a Brother of Compassion, and he must be able, through intelligence and love, to wield the law. Our part at this time is to fit ourselves for the treading of the Path of Initiation, by the discipline of the Probationary Path, by the careful direction of the life, by obedience to the law as understood, and by service to the race. When we have attained liberation, then these Paths will stretch before us, and the one that we should tread will become apparent to us. All in this system works under the great law of attraction, and therefore, according to our vibration, according to our colour and tone, will depend onon, in all probability, our choice. The greater free will of the cosmic system is under limitation, just as is the free will of the system of which we are a part, and the free will of man himself. Upon innate quality will depend on the direction of our further progress.

These seven Paths might be enumerated as follows, and certain deductions, based on the law of correspondence, might be given out, always provided that we remember that words serve more to blind than to elucidate and that the briefest details only are possible.

1. The Path of Earth Service.

2. The Path of Magnetic Work.

3. The Path of Training for Planetary Logoi.

Just as the evolution of man in this system is fivefold, so in the above we have enumerated the principal five Paths from which a Master has to choose. The remaining two can only be touched upon still more briefly, for they hold but a very few of the evolving sons of men, owing to the high point of attainment necessitated for their entrance, and the fact that those who enter upon them pass out of the system altogether. They do not lead to Sirius, as do some of the other Paths. It will be noted that four groups remain in the system, passing eventually, in dim and distant aeons, to the cosmic planes. One group passes directly to Sirius, and the remaining two groups pass directly after initiation to the cosmic planes, with no period of intermediate work on earth, in the system, or on Sirius. These two Paths are:

7. The Path of Absolute Sonship.

Information excerpted from Initiation, Human, and Solar, by Alice A. Bailey