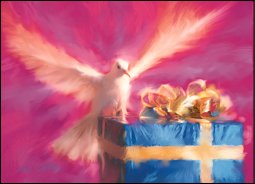 "We start with gifts. Merit comes from what we make of them."
~Jean Toomer

What are the Spiritual Gifts?

It is believed that Spiritual gifts are gifts, abilities or qualifications bestowed on individuals through the dispensation of grace from the Holy Spirit of God. These gifts are granted with the purpose of empowering the ability to serve others and to improve the capabilities of one’s actions. We hear most about spiritual gifts from the writings of the Apostle Paul in his speeches to the Corinthians, Romans and Ephesians. In the Christian tradition, these gifts of the Holy Spirit are the same as expressed by the word in Greek: charismata. They were granted with the intention of helping one’s soul to develop the various ministries of the “Church”, which can also be understood as the building of the Temple, the Divine Temple of the Holy Spirit within each one of us. 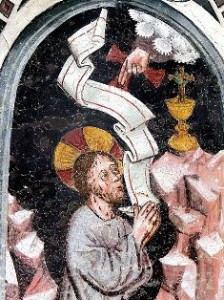 Some scholars believe the operation of the gifts of the Holy Spirit was limited to early Christianity. According to this view, some of the spiritual gifts (for example speaking in tongues, prophecy, and healing) were experienced only for the short time suited to the Church's infancy.

This is not necessarily truth, since the same concept of Gifts of the Spirit also appears on Islamic and Jewish traditions.

Barakah is an Arabic term meaning blessing, and in particular, a spiritual gifts or protection transmitted from God. It is also described as "the greater good" derived from any selfless act. The parallel Jewish term is the cognate Berakhah.  In Christianity, it is charisma or divine grace. Barakah also refers to the favorable result of any action due to divine blessing. It is also a Sufi term referring to a sense of "divine presence" or "charisma."

Muslims believe that "sincere invocation of God", good deeds, repentance and prayer, may dispose God to dispense Barakah into their lives. This is supposed to make things easier, happier, and more blessed in this life and, by God's mercy, in the Hereafter.

Baraka is used in contemporary French as a synonym of "luck". A person who has "baraka" is said to be able to emerge unscathed from dangerous situations.

The Greek word charisma means "gift of grace". Mentioned in Romans 12:6, it is a power whose source is the Holy Spirit: “And having different gifts, according to the grace that is given us”. The nature of charisma is spiritual ability, endowment and power, and the purpose of charisma is service or ministry. Charisma is believed to be a gift freely given by God. Charisma is the theological term for denoting extraordinary graces given to individual Christians for the good of others.  While it is bestowed upon individuals, it is intended for the edification of the whole community.

These gifts are given mainly to build the body of Christ (Ephesians 4:8), which would be the equivalent of our contemporary concept of the Christ Consciousness. Some of these gifts are called Isaiahan gifts: wisdom, understanding, knowledge, counsel, and fortitude, or fear of the Lord, which translates as reverence, deep respect and piety. Isaiah was a prophet from the 8th century BC well known for having his lips anointed by the “fires “of the Holy Spirit of God. From his experiences, we learned an incredible amount of the gifts, including the one of Prophesy.

The charismatic gifts are Revelational gifts.  These are word of wisdom and knowledge, discernment of spirits.  Other types are sign gifts, or power gifts, such as faith, gifts of healing, and the working of miracles.  Finally, there are word gifts, which include of prophecy, tongues, teaching and preaching.

Theologians also distinguish the charismata from the other graces which operate personal sanctification: they call the former gratiae gratis datae in opposition to the gratiae gratum facientes.

There are “fruits of the Holy Spirit", which are related to, but not the same as the Gifts of the Spirit.  They are given for personal sanctification, are not to be numbered among the charismata. The fruits of the spirit according to theologians are a different category of dispensations and distinctive from the Charismata because the fruits of the spirit have their functions attached to the art of performing miracles while the Charismata is to facilitate one’s insertion in the Body of Christ, or into the multi-dimensional frequencies of Christ-consciousness.

Fruits of the Spirit are usually given to mature souls who have been given Gifts of the Spirit.  For example, from wisdom, a soul can develop kindness, compassion and peace.

Many nowadays question the existence and even the validity of the concept of Spiritual Gifts. This is not a new concern, Saint Augustine, in his “Confessions “complains in section 22-8 that contemporary miracles are relatively unknown not because they no longer occur, but simply because of bad communication and because people nowadays are conditioned to disbelieve them.

The gifts are concrete elements inside of the cornucopia of the divine dispensation. This is an ancient symbol that also denotes abundance, prosperity and spiritual wealth. It is a representation of a flow from an unlimited source of goodness, permanently streaming luminous energies towards all the elements of creation. 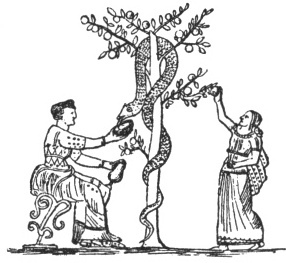 In mythological studies, we also able identify the spiritual gifts eluded in many minor legendary stories such as the Garden of Hesperides.  The Garden of the Hesperides is Hera's orchard in the west, where either a single tree or a grove of immortality-giving golden apples grew, which were guarded by the Hesperides, or muses, responsible for the inspiration, creativity and deliverers of divine heavenly gifts. “The Golden Apples” were gifts and fruits of the Spiritual realm and came from the fruited branches that Gaia gave to Hera as a wedding gift when Hera accepted Zeus.