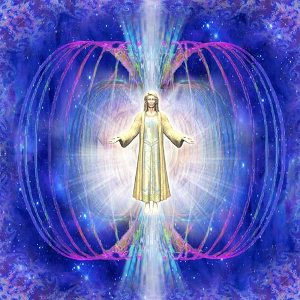 Prayers are well known to be an act of volition where one intends, through this devotional practice, the contact with their guides, angels, and God-source, or however they conceive and name the Divine Source. It is basic a practice where the petitioner wills for a dialogue with a higher power, to present his supplications, petitions or to invoke blessings. It is in itself an act of worship, and it has been one of the more popular modus operandi for many religious throughout time.

Prayers can be performed in many ways, either privately, or collectively. It can be practiced during different times of the day and to attend various needs, from blessings to meals, to the anointing of the sick and benedictions through the main Rites of Passages of life. Some of these prayers are categorized as ritualistic, and some are pure ceremonial in character.

In the pre-Christian Greek and Roman religions, ceremonial prayers were highly methodic and ritualized. The Iguvine Tables[1] contained a supplication that can be translated:

"If anything was said improperly if anything was done improperly, let it be as if it were done correctly,” which would bring to our current closing statement or expression, for petitions: May all be done according to the perfection of Divine Will.

Is there a best way to pray?

Independently of all the methods that are prescribed as the best way to pray, one should keep in mind that prayer should be a natural instance or emanation from our heart to the heart of the Divinity, and that has its real meaning residing beyond the pure reverberation of requests, being considered as an act of interaction with a pure source of All That Is.

For those that are trailing different paths in life that are not necessarily associated with any organized or institutional religious organization, you may find that the possibilities of the practicing of prayers can reach different dimension in our inner and outer worlds.

For the World Servers, or Lightworkers, a very useful technique consists of performing Lightprayers. Lightprayers are a variation of the common practice of prayers, but with the advantage of learning how to vibrate the power of the spoken words, active actions and activating the internal Light of the individual to reach further distances and various latitudes of frequencies.

The basic concept involving Lightpraying is the dislocation and movement of energies through one’s many bodies, first inside of one’s physical body and subsequently pulsating this influx of Light energy through the extra-physical bodies and projecting it where the intention is aimed.

There is no doubt that the act of prayer, like the volition to meditate, creates a deeper sense and connection with our Higher Selves, and at the same time, balances our energy levels to integrate into a bigger picture that transcends the duality of our material mind.

One can bypass the snares of the egoic mind through some expedients that activate one’s inner planes which can facilitate the extension and efficiency of one’s prayers.

One may ask what is and how can one pray without ceasing? Is that a mysterious ancient secret still to be revealed to us? The answer is yes and no. The secret of praying without ceasing is well known through many civilizations, and cultures and it was even mentioned by the apostle Paul in his lectures to the Thessalonians. The benefit of practicing prayers without ceasing are immense, and they do feed not only the immediate needs of the soul but also create the perfect foundation for the development of spiritual abilities and gifts, such as fortitude, resilience and the spirit of Peace. 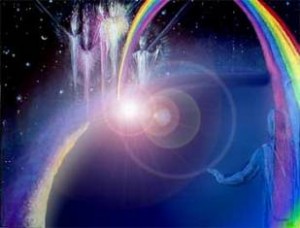 The important part of this teaching refers to the building of a sacred life or the clear realization that all life journeys are sacred and important.  Hence, all the events, situations, and life passages which are part of the sacred drama of existence hold within itself parts of the Divinity. One can connect with the internal and transcendental energies inherent of each one of these human activities and dedicate the energy, the beauty and the results of it to be transformed in blessings, healing, and well wishes for prosperity, abundance, and success. Even a simple act of breathing can be one to bring sanctified Grace into manifestation. For instance, we suggest you try this experiment: when you wake up in the morning and before you leave the bed, dedicate all the breaths of the day to be transformed into a rhythmic frequency of Healing to be dedicated to those that are suffering, or for the increase of Goodwill into Mankind, or for a transformation of a very difficult situation in your own life. In doing this, you will be forging an intense bond with your Higher Self, your support team of Light, your angels and family of Light, and allow them to work through you to reach the greater good. It is an act of compassion and also an act of conscious, active participation in the greater plan of the evolution of this Universe.

[1] The Iguvine Tablets are a series of seven bronze tablets discovered at Iguvium (contemporary Gubbio), Italy, in the year 1444. They are also known as Eugubian tablets. The earliest tablets were probably written in the 3rd century BC in the native Umbrian alphabet, the latest in the 1st century BC in the Latin alphabet.

Music: "With This Love - Choir" by Peter Gabriel