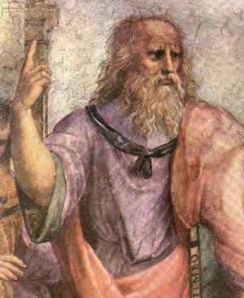 Archetypes: The word Archetype was a term used by Neo-platonic philosophers, such as Plotinus, to designate ideas as models of all the things that exist, according to the Platonic concept.  In the theistic philosophies, the term represents the pre-existent ideas present in the Mind of God. The convergence between some of the platonic ideas and the newly emerging Christianity resulted in the term entering the Christian philosophy through Saint Augustine, probably through the writings of Porphyry, a disciple of Plotinus. Philo of Alexandria used the term to describe Imago Dei, and Irenaeus used the term first to describe “Creationism”.  First attested in English in the 1540s, the word archetype derives from the Latin noun archetypum, the Latinisation of the Greek noun (archetupon) and adjective (archetupos), meaning "first-molded."

“You are a slave of what you need in your soul."
~Carl Jung, The Red Book 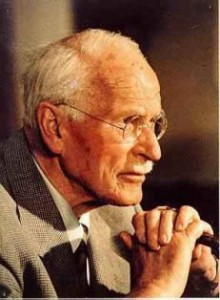 The origins of the archetypal hypothesis date back as far as Plato. The Swiss psychiatrist Carl Jung himself compared archetypes to Platonic ideas. Plato's ideas were pure mental forms, which were imprinted in the soul before it was born into the world. They were collective in the sense that they embodied the fundamental characteristics of a concept rather than its specific particularities.

"All the most powerful ideas in history go back to archetypes."
~Carl Jung, The Structure of the Psyche

Archetypes are live and active structural elements.  In the platonic sense, they are forms and ideas, but nevertheless, they are concepts that instinctively inhabit the human psyche, influencing its thoughts, tendencies, inclinations, and actions. The archetype, per se, can remain out of the reach of human perception, but the archetypical images and ideas are built in every live pattern and manifest themselves freely in time and space.

One of the more well-known theories of Carl Jung is his idea of the archetypes and their relations to the concept of Collective Unconscious. For Jung, the Collective Unconscious acts as the personal secondary psychic system for the individual; it is differentiated from the personal nature of the person because it’s collective characteristic, not the personal one. Jung also calls it the psychic substrate common to the Super-Personal nature of the Being. It consists of pre-existent forms, ideas, and archetypes which take a conscious presentation as secondary elements of human nature. 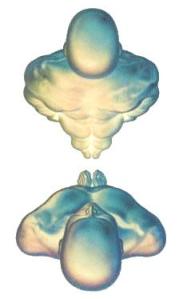 Archetypes are part of the Collective Unconscious. Carl Jung initially was not very concerned about the personal unconsciousness, since the collective unconscious is not related to the conscience of the Ego, but belongs to a realm of the unknown and unlimited. It is believed that both the personal and the collective unconscious cannot be accessed in a direct way, but can be investigated indirectly through dream interpretations, recurrent behaviors, and psychotherapy and even through Freudian slips.

“The archetype is extemporal” according to Jung, it is nature in its pure state without being corrupted, its origins resides beyond the scientific psychological perceptions. Jung regarded it as impossible to have one only answer about the origins of the archetypes since they belong to the realms of metaphysics.

"Meaning makes many great things endurable - perhaps everything. No science will ever replace myth, and myth cannot be made out of any science. For it is not that "God" is a myth, but that myth is the revelation of a divine life in man."
~Carl Jung Memories, Dreams, and Reflections 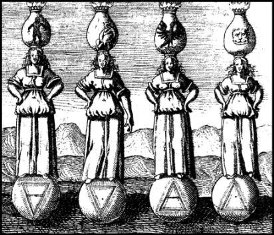 In his conclusions, he realized that images and mythological themes could be found everywhere in time and everywhere where human beings have lived, thought, dreamed or acted. He found a “parallel universal,” where typical unconscious predispositions are innate to human nature. It is these innate dispositions he called Archetypes.

While we cannot say that there are definite and clear explanations of what the archetypes are, we have to accept that they function as a conceptual support in the understanding of the human psyche and its spiritual journey. In the same way, we cannot say that we have the complete comprehension of the exegesis of myths, but an understanding of their different versions, ways of patterning relationships, and interactions inside of a fantastic universe beyond the reach of the common mind. Jung believed that it was through the study of Myths, that one could really understand the wealth and the logic of the archetypical manifestations and their journeys.