The Forgotten Chakras: The Feet

The Essenes II: The Communal Life

The Essenes were a mystical religious community formed by initiates from a particular sect of the Jewish religion. They regarded themselves as the keepers of the true religious knowledge and wisdom, which was originally transmitted by God to the first men and which disappeared from Earth after the Biblical flood.

Many writings of esoteric orientation regard the Essenes as the natural heirs of the Atlantean civilization and, with the Egyptians, the guardians of old traditions and knowledge along.

The Essenes usually lived in distant communities, where they tried to live in solitude and in harmony with the desert. They saw this as the ideal place to achieve a higher understanding of spirituality and community life, where the sharing of all property and wealth was the foremost principal. The Essenes inaugurated the concept of spiritual, communal property with no personal property because they believed that to bring the kingdom of God to Earth, humanity would have to base our way of living upon concepts such as fraternity and equality among men. They also regarded slavery to be an offense to the “works of God.” 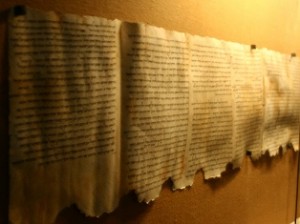 All the members of their community worked for the benefit of all, performing common tasks, as long as they did not involve the destruction of anything or with the violence of any sort.

The silence was one of the spiritual practices observed inside of the community; they also avoided public discussion about religion or public affairs. The power of the Voice was something very special for the Essenes and therefore was not to be wasted without purpose. They trained their voices through different intonations to attain different frequencies which they used as part of their healing practice.

They embraced a healthy living lifestyle, with great zeal for their food and were meticulous about personal hygiene. 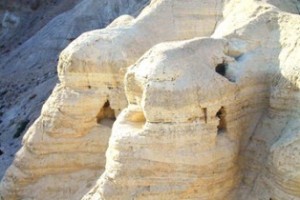 The Essene community was founded by a mysterious character who is referred in their literature either as the “Perfect Master,” or the “True Master.” The identity of this Master never revealed, but tradition assumes that he was a High Priest from the Levite order, the Tribe of Levi, that revolted against the corruption of other religious sects.  In the second century before Christ, he withdrew himself to an ascetic living and gathered around himself a multitude of followers who were also unsatisfied with the religious orientations of the time.

During the second century B.C.E, Israel was part of the Hellenic world.  During the fifth century B.C.E., Palestine was integrated into the Persian Empire, which, in its turn, was conquered and incorporated into the empire of Alexander the Great between 326 and 323 B.C.E.

After Alexander’s death, his empire was divided among his generals. The correspondent part of Syria and Palestine was given to Seleucus I Nicator, who established his kingdom in Syria. At the peak his empire in the second century, his heirs were governing the Israel territories.  During this period, the caste of high priests of Israel had become corrupted and submitted themselves to foreign influences, with complete disregard for their traditions.  This was done to maintain their own political, as well as religious power, and allowing them to keep their status and privileges.  They neglected to care about the Mosaic Law and the purity of the teachings of the Hebrew nation and thereby to forget their primary function, which was to keep the spotlessness tradition of mediation between Man and God.

In the mists of these contemporary conflicts, the Essenes led a movement of spiritual resistance. The cornerstone of this resistance resided on the idea of a coming Messiah who would liberate Israel and its people from the foreign oppression and renew the Covenant with God’s chosen people.

What is amazing is the fact that while the Essenes were one of the three most prominent religious movements in the ancient world of Palestine, out of the five referenced, nowhere in the “official” Bible do we see any reference to their teachings, their philosophy or dogmas. Just like Jesus, the Essenes professed an open love and respect for animals and adopted a vegetarian life, and as well as stressing the importance of the practice of hygiene. Much of Master Jesus’ teachings was consequently only preserved through “not authentically verified” sources, and was disregarded from inclusion in the compiling of the actual text which became and is presented to us as the official Bible. 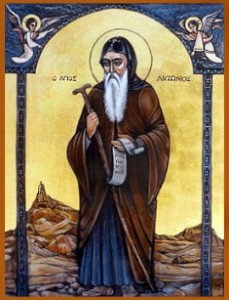 The Essenes called themselves “the converted,” “the penitents,” “the poor,” and “the saints”; and regarded themselves as the real people of Israel; the model nation God assigned to Abraham and which was realized by Moses. They believed that by the time of the Exodus from Egypt, God had entrusted to Moses the Divine knowledge and wisdom which was inside of his holy name.  This was a secret that Moses did not reveal in the five books of the Old Testament, the Pentateuch, but he did transmit to the Levite’s high priests.

This was the main secret the Essenes believed they were entrusted to keep. They also thought that the majority of the Biblical teachings were delivered through codices and, consequently, they developed an interesting way to interpret the sacred scriptures. These philosophical considerations inspired the Rabbis who developed the great tradition of the Kabbalah.