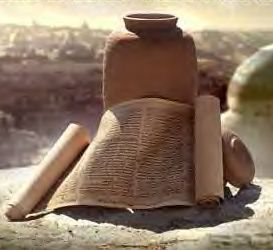 The Essenes were one of the three major Jewish sects flourishing in the second century B.C.E., with the other two being the Pharisees and the Sadducees.  Concerning their origin, history, and tenets; there has been much unconvincing controversy. The only ancient authorities we have who reference them are a few paragraphs in Philo Judaeus of Alexandria, a somewhat lengthier description by Josephus in The Jewish War, and a few measly lines by Pliny, the Elder.

It is believed that they originated from Egypt during the domination of the Seleucid Empire in 170 BC. At that time, they were a small enclave of Jewish people that abandoned the cities and started living on the shores of the Dead Sea. It is also said that, at one time, their communities extended to the valleys of the Nile.

With the majority of the Jewish religious hierarchy of the time concerned with politics and governance, the Essences maintained the ancient traditions of the prophets and the secret of the pure doctrine. They were a community with modern customs, and of individuals of high moral example, peaceful and of undoubted goodwill. They kept themselves in a strict regimen of spiritual studies along with charitable action and stayed away from the rampant materialism and greed of those times. It is believed that in the unrecorded and mysterious years between the age of 13 and 30, the master is known as Jesus spent time among their company.

The lifestyle of the Essenes was very comparable to the first Christians, therefore the firm belief that Jesus received training and discipline from these teachings himself before he officially started his earthly ministry. 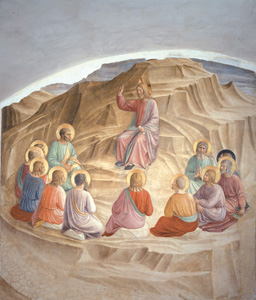 The Essenes endured with admirable stoicism and  significant sacrifices to not violate the smallest of their religious precepts. They longed to serve the God

They were masters of the knowledge of herbs and their uses and dedicated themselves to the practice of the occult medicine. Inside of their teachings, following the model of the initiate Schools of Wisdom, they submitted the seeker through initiatory rituals, and only allowing the seeker to continue their study after reaching different levels of understanding through the subsequent initiations.

They mirrored in theory and practiced the superior laws that govern the universe and human life, which had sadly become forgotten in the sands of time.

It was an open religious practice, having an exterior facet that interacted with and was permanently open to the poor, the needy, and the less fortunate.  Although they kept to themselves, they had an open facility for treatment of the sick and instruction for the youth. Some scholars believe that the Catholic Church was silent about the Essences to hide the fact that much of its early practices came under the influence of this School of Wisdom. 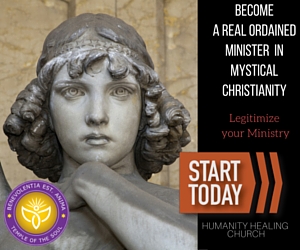 Their mission was to be the preparation of society through individuals for the coming of the Messiah, or Christ. In truth, they were not expecting the coming off ONE Messiah but two.

The first would originate from the House of David and would bring the validity of the law back and restore to the Jews both their country and Justice. This Messiah King would restore to the people of Israel their sovereignty and dignity, and bring about a period of Peace, justice and prosperity. Jesus was accepted among Essene communities as this Messiah, possessing the royal blood of the lineage of David.  From the elevated point of the cross on which he was crucified, an inscription was placed that read: INRI, or Jesus of Nazareth, King of the Jews.

The second expected Messiah would be born from the lineage of the Levites.  This savior would follow the tradition of the High Priests and great martyrs. His death would represent the redemption of all the people of all their sufferings and humiliations.  This was a predetermined destiny reserved for him by God.

For many, the prophetic figure of John the Baptist was the personification of the second archetypical Messiah. Even today, a community of people in southern Iran, the Mandeans,  believe that John the Baptists was the real messiah.