Baptism is one of the Seven transformational Sacraments. The symbolism behind the sacrament of Baptism is one whose roots are lost in the sands of time. It was known that many of the Ascetic groups of the desert during the time of Christ adopted this procedure as a ritual of initiation and purification: a necessary step for any postulant of the true Spiritual life at the time. It was a confirmation of the will of intention, of repentance and ultimate union with the pure spiritual energy of God.

“And God said, “Let there be a vault between the waters to separate water from water.”  So God made the vault and separated the water under the vault from the water above it. And it was so.”
~Genesis 6-8

The Essenes adopted this ritual as one of the many approbatory stages for admission into their communities. The Essenes were regarded to be the primordial school of prophets in ancient times.

The same tradition continues to be observed today by the remnants of those religious-culture groups in the Middle East, but the ritual in itself was also incorporated and preserved by the Christian religion and its many sects.  As a result of this adoption, the ritual of Baptism has reached modern times travestied with a much different concept and interpretation than the original concept. 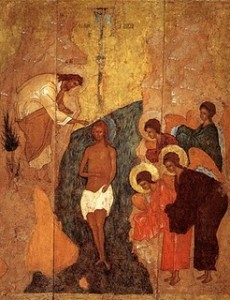 The idea of purification through the Baptism of water originally had to do with repentance and forgiveness, and it was given as an option to those that consciously and willingly chose to convert themselves to a new more divinely inspired and virtuous way to live their lives.  The water of the river was a mere symbol to represent the heavenly Lustral waters. To be emerged from this ritualistic ceremony meant to be introduced again in the wholesome original waters of creation. 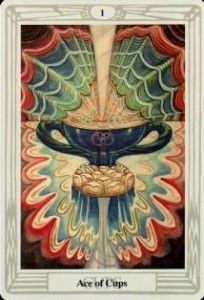 These ancient traditions believed that there was a close relationship between the Heavenly Waters and the generation of the world and all the living beings and creatures in it.  Water for them was a representation of Divine reflection: though the concentric vibrating waves of the element one could perceive the rhythms of creation renewing and expand itself.

When pure and in its crystalline form, water could also function as a mirror of ourselves:  when we are tranquil inside, we can also reflect the perfection of the heavenly creation manifested in our world. The same analogy could be used for the inner spiritual life:  it is necessary to control the lower feelings, or calm our internal waters, to reflect the beauty of the Spiritual Sun within.

The process of Baptism held deep significance to the Seeker’s life, as it represented the soul that was prepared to be attuned to higher energies, to receive the anchoring of their soul/life purpose and for the alignment of their physical and extra-physical bodies. 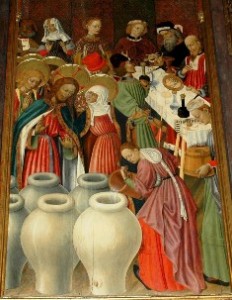 In the case of the Baptism of the Master Christ Jesus, we understand that his ritual came to pass after a period of meditation and preparation that, according to scriptures, lasted for forty days in the desert. The ceremony of Baptism marked the official beginning of his ministry on Earth.

In studying the many miracles performed by the master, we can see that many dealt with water and liquids. In his first recorded miracle, during the wedding feast at Cana, he is asked to transform water into wine: transforming and alchemizing an original and simple substance into a more complex one.  During his ministry, he performed many Baptisms himself which were followed by remarkable healings.  In another passage, while meeting with a Samaritan woman near a well, Master Jesus calls himself the “Living Water” or the living representation of the Lustral water, or purificatory water.

During his last supper, he again dealt with the alchemization of liquid substances: transforming wine into his blood. This was also an initiatory ritual, of symbolic conversion of common nourishment into the body and blood of Christ; the framework of our Christ-consciousness, the synthesis of the energy of a new covenant with God, or All That Is, based solely on unconditional love.

There is a mysterious connection between the Heavenly Waters and the primeval energies of Creation, given through its different scales of frequencies and vibrations. Water is also a manifestation of energy in an altered stage.

The Christic water is one of the many vibratory signatures of the Christ-consciousness and can be evoked to purify situations, to dissolve blockages, to assist in healing processes, and for the amplification of the subtle energies of our physical and extra-physical bodies.