In general, Gnosis acts like a forerunner of the hegemonic lines of thoughts in every generation of mankind, but always seems to keep the dialectic balance between different philosophical perspectives, bringing to stage questioning, contra-cultural points, sometimes heresies, but all necessary factors to the creation and synthesis of the new.
The gnostic attitude brings the possibility of the understanding of reality, with its multitude of manifestations, though a different perspective since it brings consciousness to all the levels. 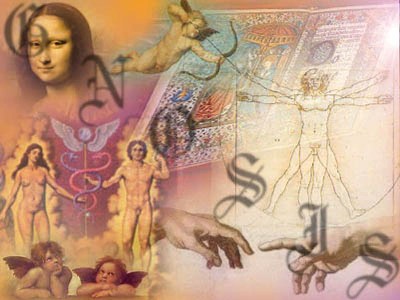 The gnostic mission has been, throughout the centuries, the revelation of the hidden knowledge; substituting the darkness with the light through the broadening and expansion of human consciousness in the field of unlimited possibilities. 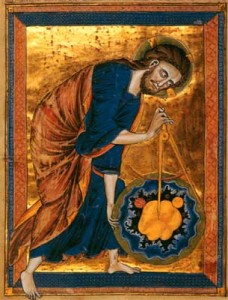 The Gnostic axiom states “As above, so below”, or “the outside reflects the inside”.  The Microcosmos naturally reflects the Macrocosmos; Men were made as to resemble God. This Wisdom is reflected on the Corpus Hermeticum[1] and brings about the similarities between the different forms in which consciousness manifests itself.  At the same time, it is an important starting point to induce our abilities to establish analogies between the “official” social system of thought of a civilization and the timeless teachings of Wisdom.

Religion and Gnosis are out of phase with each other and have often been at odds over the centuries because they retain different dynamics.  Religion comes from the Latin religare, meaning “to reconnect,” which brings the messianic “salvational” aspect religions, the reconnection with the Divine, though the instrument of pure faith. Gnosis, on the other hand, encourages the individual to search for the reconnection to the Divine through knowledge, accentuating the effort of liberation and the need of self-knowledge.

For the true Gnostic, there is no taboo, no dogma, and no hidden subjects that cannot be discussed and understood.  They do not believe that the real truth can be revealed only by oracles or prophets; they do not believe in intermediaries of truth and emphasize the need for a personal direct mystic experience of communion and revelation with The Divine.  The thought behind this set of beliefs is based on the concept of emanations of God inhabiting the human soul, and therefore being a very caring and present partner through Human’s journey through evolution and expansion.

A true Gnostic is no longer one that is permanently in search for answers per se but has developed the “soul technology” to pursue the answers from inside.  Christ Jesus once said: “Know the truth and the Truth will set you free.”  The Greeks proclaimed, ”Know thyself and you will know God”.

Gnosis as a Way of Living 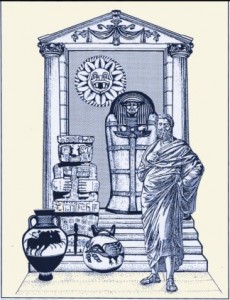 The word Gnosis in Greek means Knowledge, and its study as epistemology or theory pertains to the realms of philosophy.  Nevertheless, we easily witness the growth of the gnostic way of living every time the present reality of one particular society presents the need for new intellectual structures to promote the understanding of its social-spiritual development and evolutionary process.

Both spiritual movements and mass reactions tend to represent the social and spiritual need of raising the level of the collective consciousness, and can be easily represented by an individual, an organization, new ideals, and common collective dreams.

For some, the Gnosis has always had a taste of heresy.  According to the Jung, this may be truthful to a certain extent as the conventional system tends to try to overpower all the different strains of thought that do not convey the same values, references, and institutional perspectives that it promotes.  From the standpoint of the individual, Gnosis is a way of praxis, not a theoretic proposal.  It incarnates the archetypical concept of the spiritual search, the way back to the Paradise of Eden from the exile on earth. The search not only refines itself to be a quest for transcendence, mystical or religious but is also a telluric pursuit of significance and the understanding of the multi-faceted duality challenges one has to face on the journey back to the Cosmic Home.

[1] The Corpus Hermeticum are the core documents of the Hermetic tradition. Dating from early in the Christian era, they were mistakenly dated to a much earlier period by Church officials up until the 15th century. Because of this, they were allowed to survive and can be seen as an early precursor to what was to be Christianity. We know today that they were, in fact, from the early Christian era, and came out of the turbulent religious seas of Hellenic Egypt.