Dysfunctions of the Extra-physical Bodies I

A natal astral chart is not a static drawing, but it is a diagram of the Karmic mission of our soul. It is fixed in its temporal conception as the reservoir of abstract determination and influences we may experience during our lifetime. It is a guide book, a compass that midwives the soul to discover who it is, and directs it to the realization of who it will become. It truly is a surprising map of the psyche, when conveniently interpreted on its symbolic level.

The Sun is a luminary that usually represents not only the deep Self but also the inherent qualities of the soul, while the ascendant represents the manifestation of the personality that is perceived by others.

The Sun is the center, the "Vitalizer" that rotates around itself; it corresponds to the Self, the inner essence, the heart of our energetic system and also of our Birth Charts. It is the archetype of the Creator, the Divine Father, and the giver of life.  We all receive the essential influence of this archetypal icon, only to have our experiences differing from the experience of others because of the solar characteristics filtered through each zodiacal sign.  Its essence, however, stays the same. Its symbol explains its nature: each of us originated from the unity that expresses itself through the circular journey, around your axis, and ends again in itself.

The outer circle also symbolizes the wheels of Samsara, the circle of karma. While we continue to be unconscious or refusing to expand our levels of consciousness, we continue to be attached to its wheels and its repetitive motion of passions, vices, good and evil.  The way out of this circular motion involves a spiral quantum leap, from the center point of the unity to another level of itself. This is the true significance of the Karmic influences of the solar position inside of a chart.

The sun also represents the summary of the soul’s chosen program for the present incarnation, because the solar vibrations are directly related to the desires of power, the desire to create, and desire to manifest. In its lower manifestations, the original solar desires or impulses can be identified only by the need to dominate, to subdue and to control. In general, the karmic lesson delivered by the positioning of the sun in different signs of the Zodiac is the use of the paternal authority, the crystalline image of God, which the primary definition is to be the Father of all the Living Beings.  This authority should be used honorably to protect and promote life. If we could see our lives such as a living astral compass, the Sun would represent the North, or the ultimate goal designed to be reached during an incarnational experience.

It also embodies the absolute permanence of the Divine spark inside the being manifested on Earth; its essence, the talents and aptitudes, and the level of consciousness reached.

The primeval Karmic energy of the sun represents the actual reality; the rays dissipate the shadows of the past, the projections and illusions gathered through life Journeys.

Through the positioning of the sun in an astral birth chart, it is possible to collect some information from the previous lives’ experiences. Depending on the astral house in which it is residing at the moment of the birth, the sun can offer significant clues about the way the soul chose to express its original light into this world. 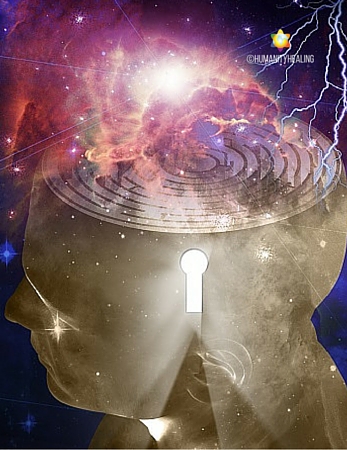