Once upon a time, many moons ago, there was a beautiful young lady named Lily. Lily lived in a very small village with her parents. One beautiful day Lily, like all pretty girls at her age, got married. According to the tradition of her village, she would move to her new husband’s village and live in the same house as her in-laws.  Within one week of the new living arrangement, Lily started to have serious disagreements with her mother-in-law. 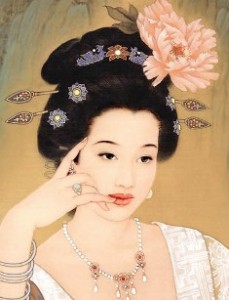 Lily disliked all the little traits and manias of the older woman, reaching the point of disgust for her ways, temperament, and sense of humor.  In her turn, the old woman was always criticizing her ways and dismissing all Lily’s initiatives. After only one month, the fights and discussions were endless.

In a complete state of desperation, Lily went to consult with an elderly sage of her village, the venerable Huang. She explained to him all her ordeal and how her life had turned out to be a living nightmare.  She begged him to give her a combination of poisoning herbs, a poison to rid herself of her mother-in-law.

The venerable sage listened patiently and attentively to the young girl’s complaints, and after reflecting for a while, he decided to help her in her endeavor.

“I understand your suffering Lily, said the Sage, you are young and deserves happiness and joy in your life. I will give you a mixture of herbs, but they are in fact, a very slow poison. You will need to add it to your mother-in-law’s tea every two days. I can assure you, after a couple of months, she will never bother you again. But it is important that to not call attention to yourself; you will need to treat her with gentleness and kindness, with respect and reverence, as the elderly relative that she is.”

Lily agreed.  Quickly, Lily hid the herbs inside of her clothes and headed home to start her Machiavellian plan.

The young girl began to hide her true aversion to the old woman and started to treat her as a close friend. In the mornings they bathed together in the sun in the veranda, she helped her to make lunch, and at the end of the day, she served her the tea with the deadly herbs, following the precise instructions of the old sage Huang.

With this new behavior, the general environment inside of the household changed completely; the fights and discussions ceased to occur, and after just a month, the entire family was able to reunite after dinner and share their stories and experiences. In two months, the young girl and her mother-in-law were inseparable and grew fond of each other to the point of taking long walks together as a mother and daughter.

After a while, Lily realized there was no need to pretend anymore because she had genuine affection for the old lady. With a heart full of regret and remembering that she had originally set her mind to eliminate the old woman, Lily went back to the venerable Huang. 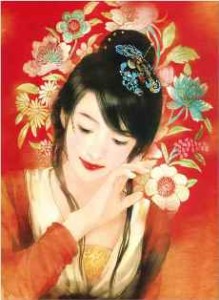 “Venerable Huang, please…”,  Said the young lady “... I beg of you; please give me an antidote for the mix of herbs that you have given me.  I no longer want my mother-in-law dead.  She had become a mother to me, please...”

With an enigmatic smile on his face, the venerable Huang leaned very close to Lily and with a compassionate voice he said to her:

“Lily, you have no need for concern. The herbs I gave to you were not poison.  They were vitamins and supplements to help heal your mother-in-law’s aches and pains, improve her general health.  The only poison was the one coming from you, my child; coming from your heart and mind.  When you  decided to transform yourself and abandon all your resistances and ill will, the poison was wiped out, and it transformed the knot in your heart into the beautiful love that now you feel  for her.”