The solar influence in our lives dictates our very living routines; how we organize our crops, the timing of harvest, and the way we interact with our environment. 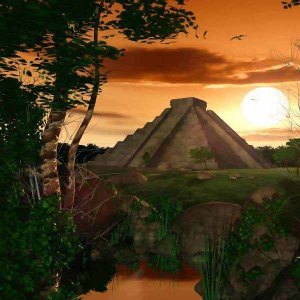 Our sun has been a sacred symbol and a powerful human reference for strength, courage, vitality and Divine energy in every single culture of the world. In many cultures and ancient religions, the Sun held a place of an archetypical paternal force among the pantheon of Gods. The Sun God was worshiped by people from many parts of the world.

This is a Toltec exercise with high vibrational effects, strongly recommended when one may feel stressed out, lacking energy or even the will to proceed with regular daily tasks.

It is preferable to do this exercise in the morning, but it can be performed at any time while there is daylight.

In order to correctly carry out this meditation/spiritual training, we recommend the following visualization Imagery: 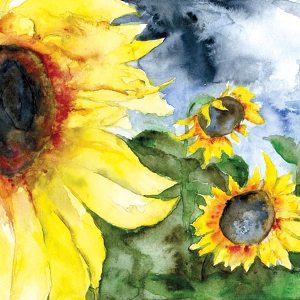 Imagine that you are a sunflower in a field filled with other sunflowers, following the lead and connected directly with the solar influence.  Allow yourself to be a witness to the energy of life.

Face the sun directly with your eyes closed.  Note:  Never look directly into the sun.

Inhale deeply from your mouth, visualizing the warmth of the sun coming inside of your throat and going into your stomach.

Hold this sensation inside for as long as you can, without causing any strains or discomfort.

Exhale slowly and calmly from your nose.

The sunlight brings much energy to your physical and extra-physical bodies because it is filled with Prana[1]. Once initiated, this exercise should be repeated at least three times. 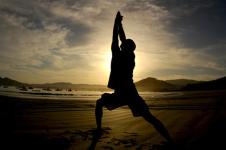 During the performance of this exercise, you may feel the solar energy expanding and softly embracing every part of your body. This is especially useful when suffering from some pain in specific parts of your body. It is possible to direct with the help of your immediate intention the healing influence of the Sun’s rays to the affected areas.

In this case, the breathing pattern is a little different from the one given in the previous exercise.

We suggest three deep inhaling from the nostrils. Then, with your mind’s eyes, imagine the solar energy now climbing all the vertebrae of your spine slowly; at each step upwards, this energy release a power of mini-suns;, that, in their turn, irradiate the curative and restorative power to the affected area where the discomfort is located.  Note:  This exercise is not designed to substitute the assistance and expertise of a Medical practitioner.

[1] Prana is the Sanskrit word for "vital life". In Vedantic philosophy; prana is the notion of a vital, life-sustaining force of living beings and vital energy, comparable to the Chinese concept of Qi. Prana is a central concept in Ayurveda and Yoga, where it is believed to flow through a network of fine subtle channels called Nadis. In the Ayurveda, the Sun and sunshine are held to be a source of prana.
Tags
Ancient Solar Exercise Divine energy mayan paternal archetype Prana solar influence Sun God toltec
3 Comments
hhteam September 12, 2011
Facebook
Twitter
Instagram
Pinterest
Youtube

Wesak – Safeguarding the Most Sacred of Days