The Blood and its Mystical Meaning 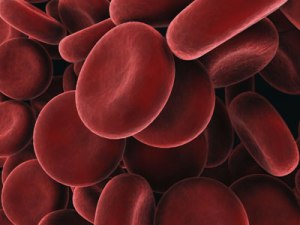 The question about the spiritual significance and esoteric meaning of the blood have been a thematic of study and much interpretation through the ages; being the subject of a variety of religious and spiritual traditions.

The tradition of Sacred Blood of the Christ, the ultimate sacrificial lamb, as the means of redemption of the entire human race, brings to the front the importance of this vital physical element in our understanding of ourselves, our beliefs systems and our abilities to heal and to be healed. Aside from the practice of the scapegoat ( the subject of other analyses), the significance of the blood as a deep commitment is also easily perceived through the ritual of meaningful, valid blood pledges or vows.

All the soarings of my mind begin in my blood.
~Rainer Maria Rilke

It is in the blood that we have the flow of the current that sustains life and as the element that integrates all the physical and metaphysical functions of the organs. The blood and the circulatory system can, in this sense, be compared to the materialized structure that represents the etheric movement of energies and the prana in our extra-physical bodies. As long as we can maintain a vigorous circulation of blood and energy in our systems, we will experience health and a strong immune system.

Who has fully realized that history is not contained in thick books but lives in our very blood?
~Carl Jung 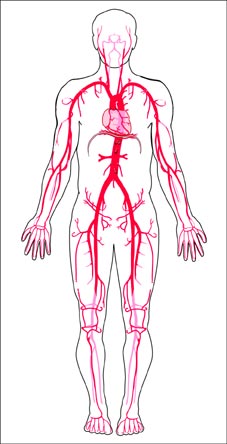 The blood also relates to the concept of hereditary or DNA heritage, thus the emphasis in the importance and influence of bloodlines as a tool to determine the natural capabilities, aptitudes and limitations of each individual through the processes of life, that each one of us faces in the process of awakening and in the path of self-realization.

The blood is constantly recycled by the heart and it has, according to the 15th Century Alchemist Paracelsus, simultaneously the "Spirit of Air and of the Fire". The modern science gives us the details of its physical composition and structure: more or less six liters of blood in average of an adult body of 135-140 pounds. Each litter contains 25 trillion of red cells which transports oxygen; and many more white cells or leukocytes, which are cells of the immune system involved in defending the body against both infectious disease and foreign materials. The number of leukocytes in the blood is often an indicator of disease. Whenever a germ or infection enters the body, the white blood cells are quick to attention and race toward that specific place in the body. The white blood cells are continually on the lookout for signs of disease.

Kabalistically speaking, according to the Mystic Manly Palmer Hall, author of the book The Secret Teachings of All Ages, the blood is an "electric" fluid that carries in itself a suspended form of the vital principle of life, which is absorbed by us through the act of respiration. The Hindu tradition classifies this vital principle as Prana.

In many other human cultures, the blood is seen as a prevailing symbol of life. The tradition to affirm contract, alliances and vows, regarded as irreversible in nature, was done through a solemn ritual that involved the mixing of two bloods as a sacred seal.