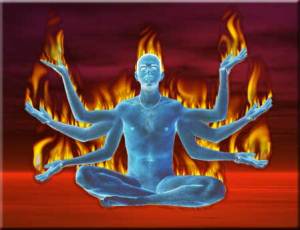 A mantra is a sound, syllable, word, or group of words that is considered capable of "creating transformation".  Its use and type varies according to the school and philosophy associated with the mantra. In the Vedas, it is said that "Speech is the essence of humanity” and claims that what humanity thinks and vibrates will ultimately come to being through the expression of thought: ideas into action and writings through speech.

Mantras are part of a very ancient scope of techniques that work. The word "mantra" is derived from two Sanskrit words. The first is "manas" or "mind," which provides the "man" syllable. The second syllable is drawn from the Sanskrit word "trai" or “tra” meaning to "catapult" or to "free from." Therefore, the word mantra in its most literal sense means "to be free from the mind." Mantra is, at its core, a tool used by the mind which eventually frees oneself from the caprices of the mind.  It is a group of sounds, that can be pronounced verbally or mentally to evoke/invoke a determined vibration to produce a desired effect. 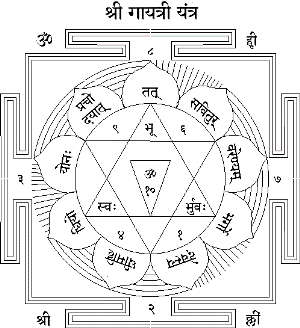 Many Vedic and Buddhist practices state that it is of vital necessity to learn these spiritual tools if one intends to advance on the path of high attainment. The Dalai Lama himself asserts: "Therefore, without depending upon mantra...Buddhahood cannot be attained."

Unmistakably, there is a reason why such generally differing foundations of “spiritual” and “religious” wisdoms as the Vedas, the New Testament and the Dalai Lama communicate in communal ideas.

In a nutshell, the words of the mantras are a physical personification of a vibration. The repetition of this vibration will alter the pattern of the pulsation energies of your chakras, restoring or recreating subtle Light Cords that are softly weaved inside of your energetic body. This can be understood as being a primary level of the action of a mantra, at the word level.

In the deepening of this practice, one comes to understand the power that intention plays when linked with the power of the seeds sounds of the mantra. The sounds can carry the wave of intention to an entire different level of manifestation. The mere repetition of the mantra without conducing the mind to align its intentional purpose, serves only to focus the intellect to a one point concentration practice, but does not gather the ultimate benefit or projecting your intention through the sound.

Our consciousness is actually a collection of states of consciousness that exist simultaneously in various dimensions, i.e. in our physical and extra-physical bodies. In Ageless Wisdom tradition, it is believed that each organ has its primitive consciousness which allows them to perform the specific functions entrusted to them. In the same way, the traditional teachings also refer to the existence of a collective consciousness that links all these organs allowing them to function interdependently. This structure can be well observed as a diagram of our physical body; but, in reality, the same model can be observed in our emotional body and the other subtle bodies as well. The end result is that we have consciousness overlaid with other levels of consciousness and the progression can be virtually infinite.