In Mystical Christianity, and The Remembrance of God 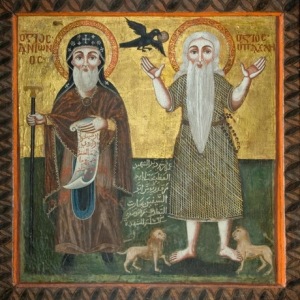 In Mystical Christianity, when a Soul reaches the stage where it needs more a Divine intimate relationship with God, it reaches out towards a new form of integration. Thus is birthed a state where there is a hiatus; where the Soul reposes upon the Divine energy, but nothing seems to happen really.

The Soul, however, is entirely involved with God and feels internal peace.  Even though the Soul according to in Mystical Christianity,  could experience an arid period which can last for days, months or years, the surrender to the Divine Will bring the Soul to the ultimate knowledge of the Beloved.

With the Beloved's water of life, no illness remains
In the Beloved's rose garden of union, no thorn remains.
They say there is a window from one heart to another
How can there be a window where no wall remains?
~Rumi,  from Thief of Sleep, translated by Shahram Shiva

Mystical Christianity implies that Prayers and meditation should be practiced daily to reach the effects of the expansion of consciousness and elevation of one’s frequency. But to enter the Divine Kingdom, a Soul needs much more than occasional spiritual ‘elevation.' The Kingdom of God was described by tradition as a crescent state of communion and syntony with the Creator’s mind. This type of connection should be cultivated throughout one’s life at all times.  We can probably understand that this was the real meaning of the words of the Apostle Paul when he pointed out the necessity of “Prayer without Ceasing.” 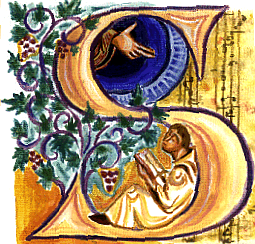 One cannot assume that through these words, Paul was not calling upon his disciples to abandon any and every activity of their daily lives to live a life of prayers only. What he was teaching his followers came to be known by the Christian tradition as the Remembrance of God.

We shall thrive to keep the remembrance of God in our hearts all day long, the same way as we do when we are madly in love with someone. He is the Beloved, and His love is immeasurable.

The Inner Christ is always inside of our being.  One needs to understand this infinite connection and activate this harmonic relationship. In the way to perfection, through the school of human existence, one needs only to embrace the Divine instructor that brings the good news of the reality of the Kingdom of God.

“If you remain in me and my words remain in you, ask whatever you wish, and it will be done for you.”
~John 15:7 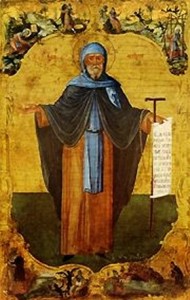 Once engaged in the practice of Remembrance of God, the practitioner is introduced to a new step on the path of perfection.  Before, the seeker battled his demons alone, but after the surrender and the embrace with the Beloved, the infinite Light will automatically repel the darkness, and the omniscience will repel ignorance.

From this point on, the progress of the Soul is fairly quick, because the Truth of life is much stronger than the illusions of this world. The seeker has acquired the internal perspective. Thus the manifestations and tricks of the Ego no longer hold the Soul to a repetitive pattern of experiences. From there on, the Soul can naturally incarnate the Divine virtues and advance on the path of self-realization and perfection.