Thaumaturgy is an ancient concept which defines the capacity of a saint or a master to realize and manifest miracles. Thaumaturgy in theology is defined as the doctrine of miracles which inspired the particular branch of religion that deals with wonders and miracles.

Thaumaturgy has some of its origins in the early practices of Hermetic alchemy and Theurgy. As an art, thaumaturgy is the ability to change the properties of ideas, ideals, and situations. In the Hermetic Kabbalah, the mystical tradition, a person titled a “Magician” has the power to make subtle changes in higher realms, which in turn produce physical results. In real terms, a thaumaturge is someone that has the power of intercession and manifestation not only for the self but also for the benefit of others.

Thaumaturgy has its genesis on the Greek word for a miracle; wonder. It is directly translated to English as wonderworking. 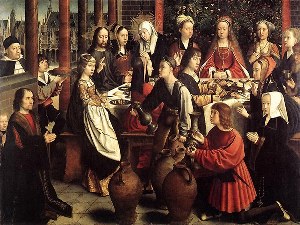 Wonderworker is a branch of magic, a magical art devoted to producing miracles. Sometimes sources of literature tend to reduce the concept of miracles to only those with the power to promote the resurrection of the dead.

This is seen and regarded to be an action of the power of laying on of hands or magic touch: "the power of hands." There are particular myths attributed to the Egyptian doctors, priests, Asclepius[1] and later by Jesus Christ, and, in special circumstances, by some of the Christian Apostles.

“Occult Medicine is essentially sympathetic. Reciprocal affection, or at least real goodwill, must exist between doctor and patient. Syrups and juleps have very little inherent virtue; they are what they become through the mutual opinion of operator and subject; hence homoeopathic medicine dispenses with them and no serious inconvenience follows.”
? Éliphas Lévi, Transcendental Magic: Its Doctrine and Ritual

In original Greek writings, the term thaumaturge is used to describe several Christian saints. In Sunni, Shia and Sufi Islam, Tay al-Ard (literally "folding up of the earth") is a term used to describe a saint miraculously teleporting, or "moving the earth being displaced under one's feet." In translations, these miracles have been described as thaumaturgical.

Some prefer to distinguish Theurgy from Thaumaturgy since the latter is in charge of miracles in the strict sense of religious miracles. The difference, nonetheless, is very subtle, and not an end in itself. 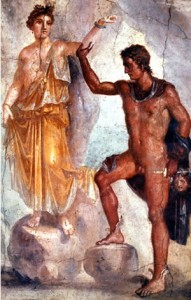 During the time of the Roman Empire, there was a belief in the existence of Divine Men, with extraordinary powers, who could express the full potential of Divine gifts, such as prophecy, the working of miracles and the curing of illnesses. These men were known as thaumaturges. The most famous of these rare beings was Apollonius of Tiana, who was a contemporary of the apostle Paul of Tarsus.

The Topology of the Universe

According to tradition, it was said that he had capabilities very similar to the gods. As a prophet, he healed the sick, operated miracles, raised the dead and then he ascended to heaven.

[1] Asclepius is the god of medicine and healing in ancient Greek religion. Asclepius represents the healing aspect of the medical arts