The Last Supper Gathering around the Master Christ carries much symbolic value as it represents elements of Sacred Geometry and the completion of a Universal cycle.

The Sacred Elements of the Circle

“Make a circle around a Man or a Woman; design outside of it a square and outside of the square a triangle. Again draw another circle around it and you have the Philosopher stone of the alchemists.”
~Rosarium Philosophorum 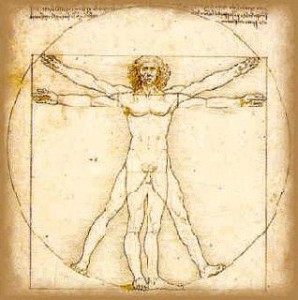 Perhaps the circle is the most ancient symbol designed by the human race. It is a simple configuration that resembles some of the shapes and cycles encountered in nature; such as the sun disk, the moon, some of the animal forms and even in natural geological structures. It represents, for those who know aspects of the different mystical and esoteric schools of thoughts, the completion and the totality of the original Universe and its fulfillments. All the circular structures express these characteristics and attributes that are pertinent to the absolute ALL, the perfection, the infinite, the unlimited, the extra-temporal un-spatial, the completion and the integral.

The circle also is a symbol of the repetitive cycles of nature: the renewal of energy and elements; birth, growth, and death; the process of evolution of consciousness and its consequent expansion through the spiraling point in the center of the circle.

As a geometric matrix form, from this round from, many other geometrical patterns can be easily created: the philosopher stone is the synthesis of everything that came into existence and it is a key for the higher knowledge of creation. We can see this pattern through the famous design of Leonardo Da Vince.

In Da Vince’s famous painting The Last Supper, one may observe the twelve disciples as the leading representative of a celestial order of the twelve signs of the Zodiac.  The Twelve Tribes of Israel follow the same basic teaching. In Revelations, the Apostle John speaks of the twelve gates of Heaven, as the gateways to the Temple of the Almighty God. The Last Supper painting  incites much curiosity as the many scholars believe that it hides many answers referring to the secret Life of The Master Christ Jesus.

“One of those days Jesus went out to a mountainside to pray and spent the night praying to God. When morning came, he called his disciples to him and chose twelve of them, whom he also designated apostles: Simon (whom he named Peter), his brother Andrew, James, John, Philip, Bartholomew, Matthew, Thomas, James son of Alphaeus, Simon who was called the Zealot,  Judas son of James, and Judas Iscariot, who became a traitor.”
~ Luke 6:12-16

The 72 Apostles, the 72 Directions

“After this, the Lord appointed seventy-two others and sent them two by two ahead of him to every town and place where he was about to go. He told them, “The harvest is plentiful, but the workers are few. Ask the Lord of the harvest, therefore, to send out workers into his harvest field.  Go! I am sending you out like lambs among wolves.”
~ Luke 10:1-4 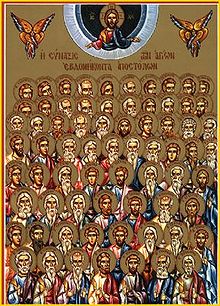 It should be at a note that Christ Jesus had twelve disciples, but he taught and also trained a total of 72 apostles and, even according to the Bible, Christ had sent them many times on different missions. The seventy disciples or seventy-two disciples (known in the Eastern Christian tradition as the Seventy Apostles) were early followers of Jesus mentioned in the Gospel of Luke 10:1–24. According to Luke, the only Gospel in which they appear, Jesus appointed them and sent them out in pairs on a specific mission which is detailed in the text. There is an undeniable parallel with the angles of the circumference, the twelve signs of the Zodiac, and the 72 apostles to cover the seventy-two directions of the circle (5 degrees x 72=360 degrees – a complete circle); with a Christ center as a reference point.

Also, with the same Christ center as a reference point, there are 72 different categories of the angels sent forth by the Divine to assist humanity on its path of self-realization.

Each degree corresponds to one day on our regular Gregorian calendar, so each of these angels rules over five days. It is also very curious how the act of choosing 72 apostles also coincides with the intention to re-integrate what has created again within the heart of Creation, or the Creator.

When the Tower of Babel fell, it is said that Men stopped understanding each other and divided themselves into 72 different languages, and they were dispersed over the surface of the earth in 72 different directions, each watched over by an angel.

Perhaps the intention to bring back the vibrational signature of the 72 broken parts of humanity was part of an effort for the reintegration of the Divinity inside the hearts of men.