Evolving the Muladhara Chakra System I

The following is an excerpt from the eBook, The Cosmic Food Chain by Humanity Healing 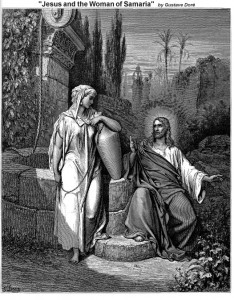 “So he came to a town of Samaria called Sychar, near the plot of land that Jacob had given to his son Joseph. Jacob's well was there. Jesus tired from his journey, sat down there at the well. It was about noon. A woman of Samaria came to draw water. Jesus said to her, "Give me a drink."

His disciples had gone into the town to buy food. The Samaritan woman said to him, "How can you, a Jew, ask me, a Samaritan woman, for a drink?" (For Jews use nothing in common with Samaritans.) Jesus answered and said to her, "If you knew the gift of God and who is saying to you, 'Give me a drink,' you would have asked him and he would have given you living water."

(The woman) Said to him, "Sir, you do not even have a bucket and the cistern is deep; where then can you get this living water? Are you greater than our father Jacob, who gave us this cistern and drank from it himself with his children and his flocks?"

In the New Testament we see the energy of Prana through the metaphor of the Bread of Life, in various passages from the Testament of the Apostles, especially in the last supper episode (Luke 22:17-19; Mark 14:22-24; Matthew 26-29). 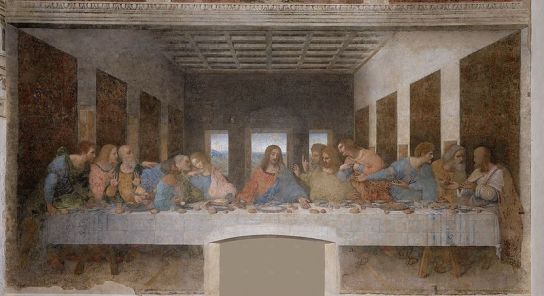 "When he was at table with them, he took bread,
blessed it, and broke it, and gave it to them.
Then their eyes were opened, and they recognized him, and he vanished from their sight...
That same hour they got up and returned to Jerusalem;
and they found the eleven and their companions gathered together...
Then they told what had happened on the road,
and how he had been made known to them in the breaking of the bread."
~ Luke 24:30-35

"While they were eating, he (Jesus) took a loaf of bread,
and after blessing it he broke it, gave it to them,
and said, 'Take; this is my body.'
Then he took a cup, and after giving thanks he gave it to them, and all of them drank from it.
He said to them, 'This is my blood of the covenant, which is poured out for many.'"
~ Mark 14:22-24

There is a transcendent significance in the body and blood of Christ which nurtures the entire creation, expressed by a new covenant based on pure love, and that includes and transcends the original meaning taken by the dogmatic common mind. It is a different perspective than that proclaimed by some “channelers” which have been spreading fear among the spiritual community. They not only cast shadows on the mission of the Enlightened Being that represented the Christ Consciousness at that point in history: some even questioning the real existence of Christ Jesus. Many of these “New Age” doctrines state that the real reason behind the Sacrifice of Joshua (Christ Jesus) was sole to appease the “bloodthirsty Creator,” his Father[1]. This can’t be further than the truth. The Bread of Life and the Living Waters are metaphors that represent the building energy blocks that constitute the primo material in the construction, creation, and expansion of this Universe.

[1] The fear-mongering wave has been contaminating and corrupting the purity of the teachings of the Masters. These Individuals see no benefit to all or even the greater good. Most are self-proclaimed prophets, representing “energies” or “entities” and using a pseudo-scientific language. They are taking the lucrative side of fear of others to their enrichment and benefits. We recommend the exercise of prudence and common sense to anyone that is studying and reading from “channeled” materials; always refer to your internal guidance and your internal observer. Your Soul always knows best.