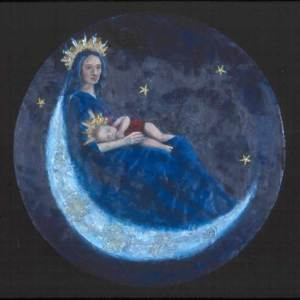 The Ancient Greeks placed their deities in the night skies. Perseus, Poseidon, Oceanus and Cassiopeia are just a few of the Greek deities whose symbolic representation in the night sky has carried through to our age.

The Greeks also referred to Ursa Minor as the Phoenician. Phoenicians used Ursa Minor for navigation more than they did Ursa Major because, even though it was smaller and fainter, Ursa Minor was closer to the North Pole and a better pointer to the north.

Ursa Minor is commonly visualized as a baby bear with an unusually long tail. The tail was said to have been lengthened from that usually expected for a bear, because of its being held by the tail and spun around the pole, supposedly the center of the sky. 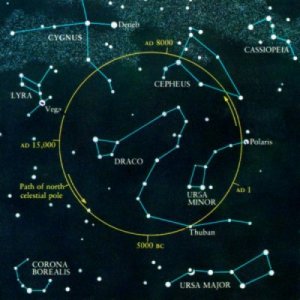 The celestial North Pole is the point where the imaginary polar axis of the earth would touch the sky, if it were extended. Polaris, for all practical purposes, is this celestial North Pole, being only one degree off this point. It is not the brightest of stars, nor was it or will it always be the star closest to the pole. Because of the Earth’s wobble, the celestial pole shifts as the centuries go by, and different stars become pole stars at different times.

Polaris, the North Star, is probably the most famous star in the northern hemisphere. It can always be found in the same area of sky. The North Star is a well-known star in many cultures. It is one of the navigational stars, used for orientation at sea because of its brightness and location in the sky.  Polaris has been known by many names in the past: the Lodestar, the Steering Star, the Ship Star, and Stella Maris, the "Star of the Sea" or the “Star of the Heavenly Waters”. 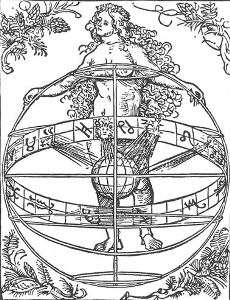 The Moguls looked on Polaris as holding the Universe together.  They called it the Golden Peg.  In China, Polaris was known as Tou Mu, a Chinese goddess. Tou Mu is the Chinese Goddess of the North Star, Keeper of the Book of Life and Death. She is also known as the Bushel Mother, and is venerated by Taoists and Buddhists. Having attained all of the celestial mysteries, Tou Mu alone is able to cross between the moon and the sun. She is the mother of the Nine Celestial Kings, or Celestial Sovereigns.