The fascination and observation of the night sky have been something that has belonged to the fabric of the human psyche since the most remote times of recorded history. It reaches back to the Neolithic period when we understand that, for the first time, the Human race started to observe the different cycles of nature and the changes in the heavens.

“The Celestial Guardians, always ready to enact the divine orders.”

The term Stellae Fixae 0r Fixed Stars has been utilized by both Astrologers and Astronomers, but it is not an entirely truthful concept because the stars are mostly Suns that are situated in space at enormous distances from our solar system and are in motion themselves from the Galactic Center. They are not Fixed Stars, but they do dislocate in an analogous manner as our planets and, at such a distance, gives the impression they are fixed. 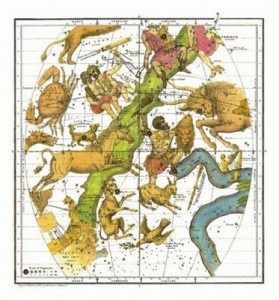 The Fixed Stars is a term used to differentiate the Stars from the Planets, which were thought to be Wandering Stars by the ancient astrologers. These Stars were used by many civilizations. The Greeks were the first to catalog the distinction between the Zodiacal Stars and Non-Zodiacal Stars, and they were the first ones to formulate instructions and methods of interpretation according to this knowledge.

These Fixed Stars are grouped into constellations and, since time immemorial, they have provided a resource and guidance to travelers, and have marked the beginning and ending of the planting and harvest cycles and annual feasts. Constellations are the name given to groups of stars in the sky and, through time, they became constructs representing our Collective Imagery and Knowledge. Their diverse formats and designs are the way we can easily distinguish them in the night sky. The origin of the term comes from the Latin “Stelattus,” which mean “Path marked by Stars." 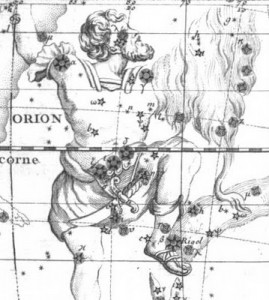 The Stellae Fixae are very special because of their magnitude and also because of their influence which has been documented in diverse schools of wisdom and tradition. They present themselves in specific periods during the regular calendar year and may be incorporated or not in the regular “Zodiac Constellations.” Their personal influence in individuals can be measured by the proximity, angulations, and aspectations between these “stars” and the other elements of a traditional, or mundane, astrology.