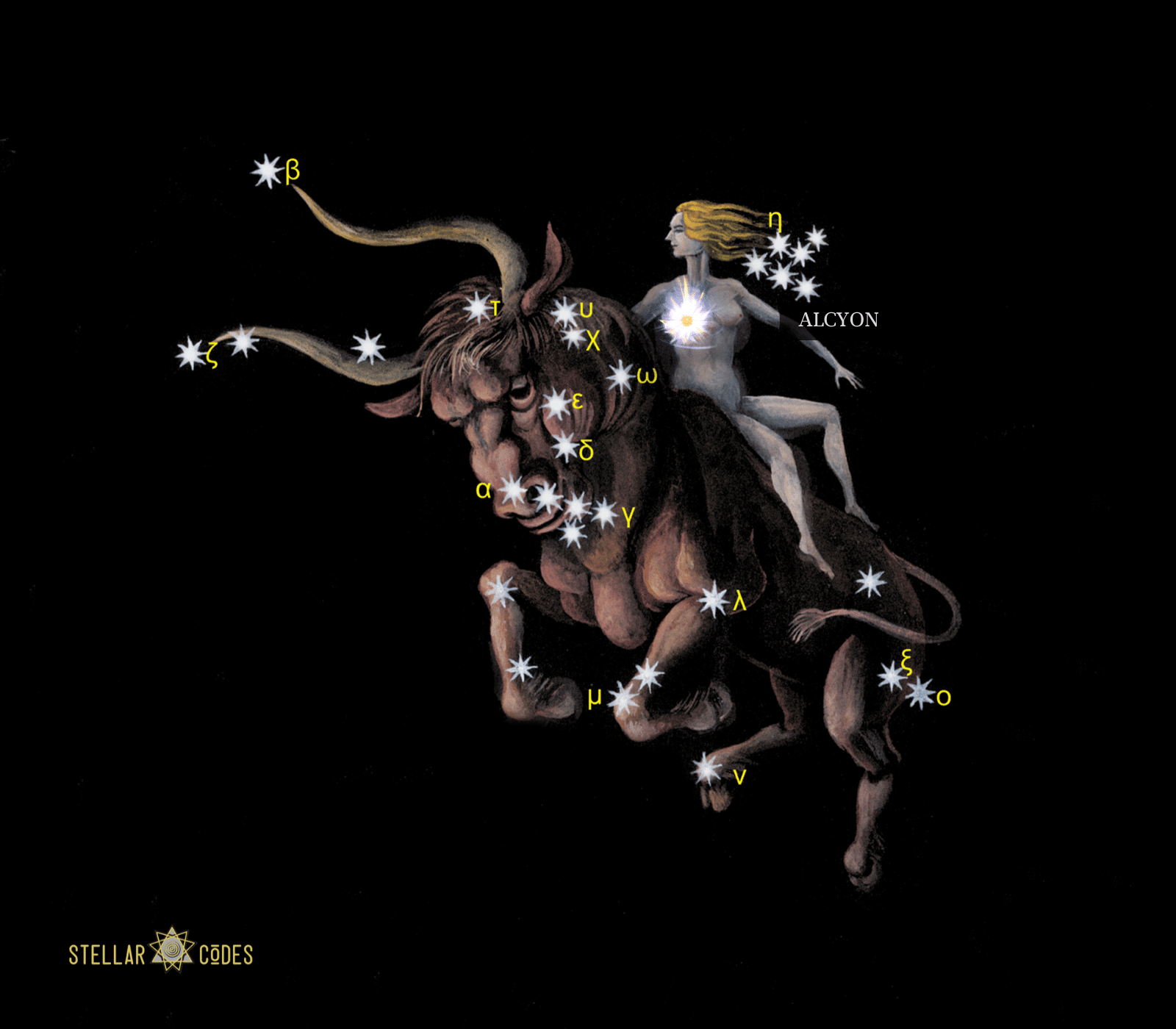 The Pleiades are an open star cluster in the constellation Taurus, consisting of several hundred stars, of which six are visible to the naked eye.

To understand the underlying importance and relevance of this Stellar Code, we start with the Bible in connecting with the present period of shifting planetary fluctuations.  These changes are shown to be extremely relevant when we put the pieces together and come to the conclusion that there is a connection between us and the movement of the fixed stars and planets in the sky.

“Canst thou bind the sweet influences of Pleiades, or loose the bands of Orion?”
~Job 38:31

Stellar Code™ - Alcyone is one of the Strands that make up the Cord of the Lightweaver.

Many ancient traditions affirm that Alcyone is the Central Spiritual Sun, the “Mother Sun” that emits creative Light, that which births great teachers of Light into the world. It was believed to be the center of the Universe around which our own solar system also revolves.

It is the supreme symbol of Synthesis, consummated Light expression and the Cosmic Whole. All seven of the Cosmic Paths eventually lead via the Seven Centers to the central Hub of the Great Wheel and all seven strands of the Great intra-cosmic Antahkarana emanate from it.

For those that could not attend, we are posting the recordings as promised:

To learn more about the Stellar Codes, visit https://stellarcodes.com/content/stellar-codes