Dealing with Trans-temporal Traumas and experiences

In any phase of our spiritual journey, we may start undergoing Trans-temporal experiences.

Trans-temporal occurrences are experiences that can originate from a past life existence or a parallel life[1] reality. As we know, Time is not necessarily linear and can be multi-directed through all the dimensional realities of the Universe. Both scientists and mystics through the ages reached an understanding of the non-linear time and that our notion of space is not necessary three-dimensional. 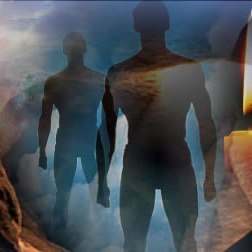 Let us start by explaining the concept of time and the way it operates in higher vibrational spheres. There we do not have a linear notion of time, with its chronological aspects, but an internal, psychological and archetypal time. The ancient traditions knew of this differentiation and their way to explain these Times were as two different deities. The ancient Greeks had two words for time, Chronos[2] and Kairos. While the former refers to chronological or sequential time, the latter signifies a time in between, a moment of indeterminate time in which something special happens. What the special something depends on who is using the word. While Chronos is quantitative, Kairos has a qualitative nature.

This is certainly not a conventional subject even in spiritual circles of discussion since it 's hard to define the experience due to our limited sense of time and space.

The fact is that we can say that Multidimensional realities and Multi-temporal experiences exist one inside of the other, in a space continuum. In this analysis, we understand past, present and future existing simultaneously in the Now; weaving together an almost dynamic geometric grid pattern that comprises what we call multidimensional reality.

In parallel realities, all that is registered in the past, present and future mingle together in the understanding of the now, but each one in its own dimensional Locus. We, as transcendent multidimensional beings, can pierce the veils that separate these dimensions and acquire from them the knowledge, the understanding of facts and situation, to bring about transformative changes in various levels of our lives.

What we do and what we realize in this lifetime affects our past existences and also our future ones; and, in the same way, can significantly influence parallel ones as well.

This concept of time may be a hard concept to be assimilated at first because of our limited circle of perception, but it serves to awaken ourselves to the limitations of our thoughts about the true nature of our realities. 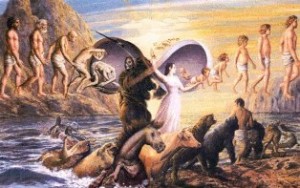 In the therapeutic work of multidimensional healing, the accessing of past lives has been an invaluable resource to bring about memories to be transformed and transmuted in the light of consciousness. The utility of the experience of past life regression is to release the ego-personality of reincarnational blockages that can prevent a soul from fully realizing their actual life purpose. There are trigger points that can bring these past blockages to play an important role in the present life, such as similar experiences, visiting some past known places and even meeting old soul companions. These triggers can activate the vibratory signatures of situations that were emotionally and deeply engraved in the memory cells of the individual.

Usually, the memory of the past life is brought to the light of consciousness for the purpose of offering some insights to the Soul on how to proceed to solve a current life problem, or vice versa, offering a way not to do it.

[2] Chronos was imagined as an incorporeal god, serpentine in form, with three heads: those of a man, a bull, and a lion. He and his consort, serpentine Ananke (Inevitability), circled the primal world-egg in their coils and split it apart to form the ordered universe of earth, sea, and sky. He is not to be confused with the Titan Cronus. He was depicted in Greco-Roman mosaics as a man turning the Zodiac Wheel. Often the figure is named Aeon (Eternal Time), a common alternative name for the god. Chronos is usually portrayed through an old, wise man with a long, gray beard, such as "Father Time". He is also depicted with wings, as "time flies".