The Law of Free Will

Have you heard the latest “channeled” message making the rounds? Evidently, on 15 June, the island Japan is going to cataclysmicly drop to the bottom of the ocean resulting in a 1000’ tsunami (no, that is not a typo – one thousand foot) (please note the 11 March tsunami that so devastated Japan was only 30’) which will cross the Pacific Ocean at 1000 miles per hour and wipe out the entire West Coast of the United States, making it as far inland as Las Vegas (whose visitors will probably be having such a good time they wouldn’t notice anyway).

A couple of months ago, another “channeler” was passing on the message that there was going to be a massive sudden melting of the polar icecaps resulting a 1000’ rise in level of the ocean, putting a large amount of the Earth’s land mass under water. No worries, though, because there is still plenty of underground bunker space for sale above the new waterline.

What amazes me is that when these dire “channeled messages” get broadcast, the response is not one of laughter. People actually take this seriously. What is worse, it creates a climate of fear and hysteria which puts a block to our own ability to connect with our own Higher Self and practice discernment.

One of the more important exercises for any Seeker on the Spiritual Path is to install what is called “The Internal Observer” and learn to regularly practice discernment.

Instead of panicking at the above channeled messages, let’s try a little discernment. With the first, I am not sure where to start because the hysteria built into the message makes the whole thing is just silly. Let’s move to the second. If both polar icecaps melted as well as all the glaciers in the world, sea levels would only rise 60-75 meters, or 200-250 feet. It actually is a fairly simple calculation. If you don’t believe me, and you don’t believe your Internal Observer, just Google it. I am not sure where they think the balance of the water is going to be channeled from…

So, Who Do You Channel? 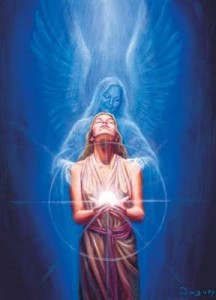 This is a trick question, because the answer is YOU. Everybody channels their Higher Self. Keep in mind that your Higher Self is connected to the Divine. Ever have a flash of inspiration or intuition? Listen to your “Muse”? This is your Higher Self talking. One of the primary goals of the Spiritual Path is to increase the conscious connection with your Higher Self and live more Soul-infused.

Occasionally, an individual will receive a transmission from a personal Guide or personal Angel. Sometimes, an individual will receive a message from an Enlightened Being, Ascended Master or Archangel. The majority of the time, however, the message is coming from the Higher Self. Keep in mind that your connection to the Divine is never less important than another’s. Develop your Internal Observer and start trusting yourself.

I should point out here that not all Beings in the universe are working for the Greater Good. There are the Tricksters, and not all Beings of Light are aligned with the Christ-consciousness. This is one reason why discernment is so very important. 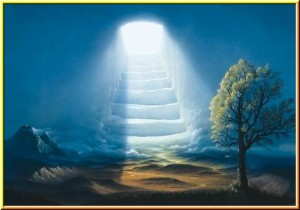 Here are some basic ways to evaluate channelers and channeled messages:

First and foremost, listen to your Internal Observer. After reading the message, meditate on it. Remove yourself from attachment to the channeler because you have liked past messages. Do your feelings resonate with the message?

Second, does it have a “that doesn’t make any sense” part? I read one channeler who stated that Native Americans didn’t originally see the ships the Europeans arrived in because it was outside their experience, but a wise shaman noticed the wakes of the ships sailing and after concentrating on them for several days, he was finally able to see the ships and could then show everybody else. Does this make sense? The channeler shared this story after telling everyone that although the readers wouldn’t be able to understand fully the messages they channeled because the readers didn’t have the experience and must take on faith that everything the channeler said was true, because they were channeling it.

Third, is this channeler exclusive? Any channeler that says that they are the one and only exclusive conduit for the messages of any Higher Being is probably worth examining more closely. It doesn’t really work this way. The reason a Higher Being sends a message through a channeler is to get a message out, not to promote the channeler. Having said this, it does not necessarily negate the quality of the content, or the fact that if the message is reaching who it is intended to reach, the Higher Being may not need another conduit, but that is the Higher Being’s decision.

Fourth, what is the Ego of the channeler like? The Ego gets in the way of our ability to connect with our Higher Self, the conduit through which messages from spirit come to us. If the Ego gets too big, it obstructs the flow. I was listening to a channeler who shared messages from one of the four primary Archangels. After the message, a question and answer session started. The first person asked, “How can I sell my house faster?”. I was amazed. Show some respect. I thought, "You have the opportunity to ask one of the more significant powers of the universe a question and instead of asking about achieving the Soul’s life purpose or something similar, asked about selling a house." And how did the channeler respond? “Try putting flowers on the dining room table and bake some cookies as it makes the house smell homey.” As stated, if the Ego gets too big, it cuts off access to Source. Cookies…jeez!

Fifth, how about the laws of physics and other pesky concepts? Remember the rule, “As Above, So Below”? I know of a “channeler” who keeps talking about “higher vibration, higher density Beings”. Doesn’t work that way: the lower the vibration, the greater the density. Think about ice, water and steam. If you add heat to increase the vibration of the water molecules, ice melts into water and then boils into steam; which is at a higher energetic frequency. A Being who wants a message sent out will chose a conduit who can adequately express the message. It is a good bet that if the channeler does not get concepts right, they are not channeling it from a Being who does understand them. The laws of the Universe are the same in every language.

Sixth, does it raise the vibration of Humanity? If the message is one of fear, or is geared to guide and control your actions, then it probably isn’t a message worth listening to. Chose to read messages that add to the Light, not feed the darkness. The messages of the Ascended Masters are not fear-based, nor are they geared to sell products. Ask yourself, “who does the message serve?”

Seventh, has it made the Cosmic Newsletter? If you notice, you will often see a very similar message being channeled by a wide variety of channelers around the world who are not in contact with each other. We call this “getting the Cosmic newsletter”. As stated earlier, if it is important for a message to be sent out, it will be transmitted to many to make sure that as many as possible hear it. It will also be sent on as many levels of understanding as possible as well.

Other article/videos you should see are The Internal Observer and Nepsis, the Gift of an Awakened Mind

Prior to now, the eBook Installing the Internal Observer has been available to University members in the Online Resource Center as part of the Self-Mastery Program. In light of the recent rash of fear-based “channelings”, Humanity Healing has decided to make it available to all.