Archetypes are a common neo-Platonic concept, inspired by Plotinus. According to this concept, there is a universe in which everything is permanent and unchanging, populated by original ideas. Thus, in the world of sensible perceptions, everything is the mere reproduction of what exists at the higher level of existence.

Through our limited eyes of duality, we can only perceive creation in developing itself through a linear, unidirectional flow: past, present and future; the divine mind reveals itself and then it conceals itself again.

No doubt that the less understood element of our reality is the concept of time. Being an intrinsic part of our living construct of time seems to be the most intangible and fleeting component of our lives. The dualistic matrix induces us to perceive reality through a framework which encompasses three dimensions of space and only one dimension of time.  We can therefore only perceive, through our limited gauge of perception, a linear flux of time.

The Perception of Time

Nevertheless, from a metaphysical standpoint, immeasurable and infinite are the ways that the Universe organizes itself to continue to offer unlimited possibilities of perpetual unfolding and evolution. Through the many transpersonal and individualized understandings on the path of self–realization, one can recognize a quite diverse spectrum of experiences and finally realize the multidimensionality of and multi-directionality of time.

The ancients understood the different aspects of Time empirically and populated their imaginary with different archetypes and myths that help them understand the meandrous transitory aspects of time, creating an organized map for their understanding. 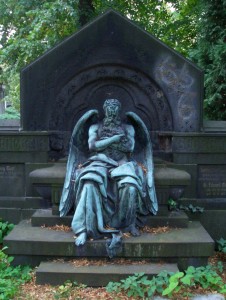 Chronos was a God of pre-Hellenic mythology to whom was ascribed functions related to agriculture, but with a cynical and sinister character.  Acknowledged to be the first classic guardian of time; in Rome, he was known as Saturn. In Greek mythology, he was the youngest of six major Titans, being the son of Uranus (Heavenly sky) and Gaea, or Gaia, (the earth) and the Commander of the Titans. Annoyed with the fact that every time she had a son, the God Uranus returned him/her to her womb, Gaia conspired with one of her sons, Chronos against her husband.

Thus encouraged by his mother and helped by the brothers, the Titans, Chronos waited for his father to fall asleep and castrated him. Through this powerful act, he separated heaven from earth.

From the blood of Uranus that fell on Gaia, the Giants were born, then the Furies and the Meliae or Meliai.  The Testicles of Uranus thrown overboard formed a sperm-foam from whence sprang Aphrodite-Urania, the goddess of love.

Chronos proceeded to take the place of his father and married his sister, Rhea, becoming the first king of the Gods. Since then, the world was ruled by the bloodline of the Titans which, according to Hesiod, was the second divine generation of Gods.

He reigned during a period of prosperity known as the Golden Age of Earth.  Nonetheless, his reign was threatened by a prophecy that said he would also be overthrown by one of his sons.

Fearing the prophecy, Chronos also devoured all the children birthed by his wife Rhea; until one day Rhea, resentful of her husband’s ways, managed to save Zeus, her sixth child, hiding him in a cave on the island of Crete.  She gave her husband a stone wrapped in a cloth to eat instead, which he devoured without realizing the difference.

When Zeus grew up, he took his place in the pantheon of the Gods. After he, in turn, got rid of the Cyclops, his uncles, and in association with the Oceanidae Metis, goddess of wisdom, Styx and her children and Prometheus, son of the Titan Iapetus, the latter being also a child of Gaia and Uranus.

With the help of Métis magic potion, Zeus made Chronos vomit all the other brothers and sisters: Demeter, Hera, Hades, Hestia and Poseidon and the Dactyls[1], and expelled him from Olympus, banishing him with their allies, the Titans to Tartarus, a place of torment.  As the father Chronos symbolized the regular dualistic time, by defeating him, Zeus became himself immortal and established the kingdom of the immortal Gods. Chronos reign over the linear time of our immediate reality and helps us organize our daily activities and calendars.