The Zodiacal Hierarchy of Scorpio 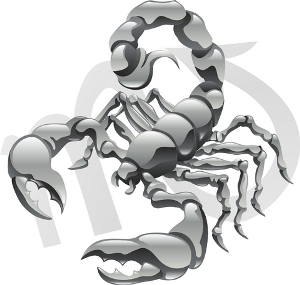 Dedication for January 2nd and the solar month of November, October 24th-November 23rd, is to the Hierarchy of Scorpio. The cosmic pattern which this Hierarchy is working to establish on earth is attainment through transmutation of matter into spirit. By this process the sublimated essences of mind and body become merged with the forces of spirit.

John the Beloved is the Disciple who correlates with Scorpio. Transmutation was the keynote of his life. He progressed so far in the Divine science of transmuting matter into spirit that he never knew death.

The physical center correlating with Scorpio is the generative system. In an earnest aspirant this becomes the center of transmutation. As previously mentioned, there is a close relationship between Judas (personality) and John (spirit). Judas must die that John may reign supreme.

There is also a strong connection between the heart, correlation with Leo, and the generative system, correlating with Scorpio. So long as personality dominates, the former is under the control of the latter. When personality has been exalted into spiritualized individuality it is the heart that rules. In the body of Christic human, passion has been transmuted into Divine Love.

The biblical seed thought for meditation on January 2nd and during the solar month of November is:

Blessed are the pure in heart: for they shall see God. ~ Matthew  5:8 It is urged that the aspirant concentrate upon its deep significance on the second day of each New Year and while the vibratory rhythms of Scorpio flood the earth.

To participate with the Self-Intunement, visit: Affirmations of the Signs – Scorpio in the Humanity Healing Community.

This information above is taken from the work of Corinne Heline, New Age Bible Interpretation, Vol. VII Mystery of the Christos: The Twelve Holy Days. ISBN 0-933963-07-6