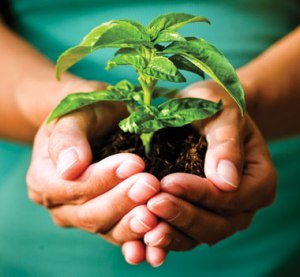 As we can easily see, there is a significant difference between the religious law of tithing and the mystic Law of AMRA and how the Law of Attraction and other current concepts of “spiritual” material assistance have transformed this spiritual law in a purely material one. It took centuries to engender this distortion.

Apply here, the words from the Kybalion attributed to Hermes Trismegistus, "The Thrice Great", as the Ancient Egyptians called him:

The false wise men, recognizing the comparative unreality of the Universe, imagine that they could transgress its laws: these are such vain and presumptuous fools, and they break the rock in pieces and are made by the elements, by reason of their folly. The truly wise men, recognizing the nature of the universe... and the Art of Alchemy transmute that which is unpleasant in what is acceptable and thus triumphs. The Domain consists not in abnormal dreams, in visions, and fantastic imaginings in life, but in the employment of the higher forces against the lower, thus escaping the feathers of the lower planes by vibrating on the higher. Transmutation is not presumptuous denial, is the weapon of the Master.
~ The Kybalion

The wise ones serve on the higher, but rule on the lower. They obey the laws coming from above them, But on their own plane, and those below them they rule and give orders. And, yet, in so doing, they form a part of the Principle, instead of opposing it. The wise man falls in with the Law, and by understanding its movements he operates it instead of being its blind slave. Just as does the skilled swimmer turn this way and that way, going and coming as he will, instead of being as the log which is carried here and there-so is the wise man as compared to the ordinary man-and yet both swimmer and log; wise man and fool, are subject to Law. He who understands this is well on the road to Mastery.
~ The Kybalion

The true Law of AMRA requires the donation of what are our most precious gifts: our thoughts, feelings and words. True giving is that which comes from the pure heart and with the clear intention of sharing Blessings.