The Tibetan Practice of Phowa II 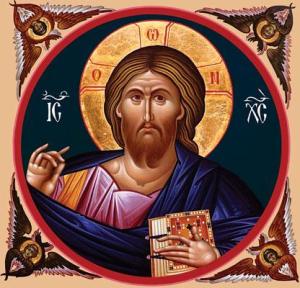 This technique was vastly known in the ancient world, as evidenced by veiled references in the reports of the crucifixion of the Christ, Master  Jesus.  Some interpretations of the Bible seem to report that while on the cross, Jesus was without hope and crying out to the heavens, “Eloi, Eloi, lama, sabachthani?” which means "My God, my God, why have you forsaken me?"

The statement about his hopelessness could not be less true.  The tradition in those ancient times was to recite the Holy Scriptures during periods of trial, and to have the participation of the other people present at the recitation.  This is a practice later adopted formally for the Christian Church as Lectio Divina[1], the Latin expression for “Divine Reading”.  This is a traditional Benedictine practice of scriptural reading, meditation, and prayer intended to promote communion with God.  As the Master Priest and Rabi that he was, Jesus was still ritualistically performing his functions to facilitate not only his release of the physical pain, but also to allow his disciples and other witnesses to develop a level of closure and acceptance of his condition.

For those who are curious about these interpretations, we invite you to meditate upon Psalm 22:

“My God, my God, why hast thou forsaken me?  For dogs have compassed me: the assembly of the wicked has enclosed me: they pierced my hands and my feet.

Why art thou so far from helping me, and from the words of my roaring?”

The second factor that reveals to us the practice of this method during the last moments of the crucifixion is the instant where Jesus consecrates his life into the hands of the Father before expiring.  In the scripture of the disciple John, he states that Jesus declared, “It is finished”, a statement that certainly puzzles some people.  If Jesus knew that he would be resurrected, why would he imply that everything was finished?  Perhaps he was referring to the crucifixion itself, or maybe to something else, such as the practice of transferring consciousness outside the realms of the physical body.

[1] In Lectio Divina, a Sacred Text or Scripture is read at a slow, careful pace, not so much in order to make a biblical exegesis, but to 'listen' to what God speaks to the reader.  In this exercise, one can repeat playback as many times as necessary until they feel 'touched' by the words at the heart level.

The Tibetan Practice of Phowa II