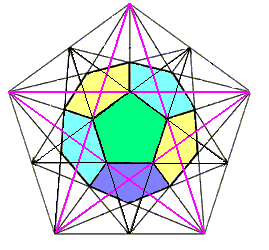 "Geometry existed before the creation."
~Plato

What is Sacred Geometry?

Plato said in his famous work, The Republic (VII, 527 d, e), that it is through geometry that one purifies the eye of the soul, "since it is by it alone that we contemplate the truth".

Sacred Geometry is visible everywhere you look in nature:  from the spirals of the nautilus shell, the sunflower and spiral galaxies, to the hexagons of snowflakes, flowers and a bee's honeycomb.

Sacred Geometry is also known as Language of Light.  It is only through the comprehension of this eternal truth and through the opening of the Sacred Chambers of one's heart that we are able to fully integrate the functions of both cerebral hemispheres.  This, in turn, helps immensely to fully activate the Pineal Gland, whose functions and activities are restricted to a bare minimum in most individuals. 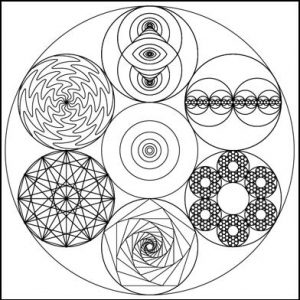 Sacred Geometry can be defined as the study of the connections between proportions and forms contained in both the Microcosm and Macrocosmic Dimensions with the purpose to understand the Unity and Oneness that underlines all Creation and life.  These series of measurements and proportions ordain and organize for us our perception of time and space, as well as our temporary construct of reality. Sacred Geometry for us is a way to represent the Divine through from and shape.  Through its conception of forms, it embodies the perfect marriage between the Earth and the Heavens, or physical reality with the energy of the Sacred.

Throughout recorded history, the ancient civilizations, such as the Egyptians, the Greeks and Mayans, through the architects of the gothic cathedrals and artists as such as Leonardo da Vince, Sacred Geometry has been recognized in the nature of the all forms.  These special proportions translate a Unity among themselves and harmony among the universe of creation.

The relationships and connections which are considered Sacred Geometry are also valid for interpretations inside of the realm of human expressions, such as in the field of music and art. The study of harmony has fascinated compositors and musicians through centuries and it reveals to us that Sacred Geometry is, in fact, the language that can bring us closer to an understanding of the mind of creation.

The first in a series of spiritual exercises using Sacred Geometry is now available to Members in the Online Resource Center in the Online University section of the website under Spiritual Exercises.  The Sacred Geometry Exercises are designed to improve your capability to assimilate and understand the different levels and frequencies of the conscious creations of the manifested universe.