The Spiritual Festival of Goodwill 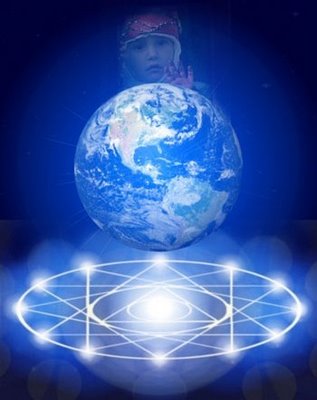 The Festival of the Christ follows one month after Wesak at the time of the full moon of Gemini. It has the keynote of “humanity, aspiring to God” and blending many different spiritual approaches in one united act of invocation. It has been observed since 1952 as World Invocation Day.

World Invocation Day is a world day of prayer and meditation when men and women of every spiritual path join in a universal appeal to divinity and use the Great Invocation. Together they focus the invocative demand of humanity for the light, the love, and the spiritual direction needed to build a world of justice, unity, and peace.

From the point of Light within the mind of God Let light stream forth into human minds Let Light descend on Earth.

From the point of Love within the Heart of God Let love stream forth into human hearts May the Coming One return to Earth.

From the center where the Will of God is known Let purpose guide all little human wills The purpose which the Masters know and serve.

From the center which we call the human race Let the Plan of Love and Light work out And may it seal the door where evil dwells.

Let Light and Love and Power restore the Plan on Earth

Significance of the Goodwill Festival

The Festival of Goodwill, or the Festival of Humanity, occurs every year at the full moon during the month while the sun traverses Gemini, between May 20 to June 20.

To understand the significance of this Gemini Full Moon Festival, it's important to consider it in relation to the other two festivals occurring at the height of the spiritual year, as these all three together are linked in purpose.

The three springtime festivals each year are a blending of the following:

The three festivals provide a unique opportunity for people to join together to invoke these forces in a dynamic way.

1. The Full Moon of Aries Festival of the Risen One, Easter

3. The Full Moon of Gemini Festival of Goodwill In the solar month of Gemini, at the full moon, the Light generated at Wesak and concentrated upon the "center which we call Humanity" is now fully released. The Christ, the Lord of Love, presides over this dynamic outpouring. It brings an abundant tide of love for Humanity to use as goodwill in establishing rightful world conditions. The day of this festival is called World Invocation Day, as it celebrates the collective aspiration of humanity to act in harmony with its highest spiritual goals. It is also known as the Festival of the Spirit of Humanity, the Festival of the Christ, and as the Festival of Unification.

Together the three spiritual festivals represent a progressive potency, with the Christ, Great Being and Avatar, participating in all three.

The three festivals as one form a triangle of manifestation essential for giving birth to all objectivity ~ whether a child, an idea, or any new structure. Aries is the birthplace of divine ideas where creative thought is launched before it takes form. Taurus represents desire whether emotional, aspirational or even higher desire toward the fulfillment of the Plan of God. Gemini stimulates the etheric form just before its appearance into physical form.

Together, each of the three spiritual festivals progressively launches, builds, and vitalizes creative impulses. The Spiritual Hierarchy uses the festivals to strengthen and guide human thought and activity toward spiritual purpose. Their responsibility is to bring the Plan of Deity into manifestation and they work through the full moon opportunities year around, culminating with these three springtime festivals, to awaken humanity to these ends.

By means of all three festivals being held simultaneously throughout the world, spiritual unity is achieved and the impact of this great Approach so close to us can be stabilized by the united invocation of humanity throughout the planet.

We are told that every year at the time of the winter solstice, some six months before the Gemini Festival of Goodwill, the Spiritual Hierarchy of our planet goes into meditation in preparation for the upcoming Wesak Festival’s channeling of Light from on High. We join the Hierarchy’s meditation months later when we celebrate the full moon in Aries, the first of the three spring spiritual festivals.

As the Aries full moon associates us with the Hierarchy, when we go into meditation at that time we can connect with their unified channel for alignment with the Purpose and Plan of Deity. The united group thus experiences the pervasive quality of Love-Wisdom to attract even more potent inflow and to make things new for the emerging cycle.

The following month at the Taurus full moon the Buddha returns to the earth plane and bestows the will aspect of deity, the Light from on High, at the sacred ceremony in the Wesak Valley. Here the Christ, joined by the assembled Spiritual Hierarchy along with aspirants and disciples, receives it in trust for distribution the following month. Those who partake in the Wesak water ceremony show support for this effort and assist ing safeguarding the energies by stepping them down for the infusion of Good Will: will that is for the good of all.

Each year the Wesak Festival is the annual beginning of a new spiritual approach taking place between Hierarchy and Shamballa. The Festival of the Christ during the full moon of Gemini is the subsequent opportunity for an approach to Hierarchy. The Christ stands as the emissary for Humanity and we stand along with him calling out for the energies of Light, Love, and the Will-to-Good which planet earth desperately needs, for whenever humanity invokes help from the Spiritual Hierarchy, we receive a response. Our task is to work closely with the Christ, who stands at the "center where the Love of God is known" and invoke, receive and channel this electromagnetic force directly to the planet, stimulating and activating the expression of Goodwill and Right Human Relations in all areas of life.

For 2000 years at this festival the Christ has represented humanity and has stood before the Hierarchy as the God-Human, Leader of all people, and the "eldest in a great family of brothers" (Romans VIII:29). Traditionally, every year at this time, Christ delivers the last sermon of the Buddha before the assembled Hierarchy.

A synthesis occurs at the Gemini full moon ~ in which the Spiritual Hierarchy and Humanity further blend their attention towards empowering the will from Shamballa that came through at Wesak. It is now that we apply love-wisdom energies, willfully directing love and light to that which propagates the Principle of Goodwill and right human relations.

The subjective work of the three spiritual festivals prepares the way for the return of Christ, the appearance of the Spiritual Hierarchy, and the great energy that comes with Them, the Will-to-Good from Shamballa. As Christ leads the Spiritual Hierarchy in distributing the energy of the Will-to-Good into the consciousness of Humanity, we open our hearts and minds to its inflow and then are able to participate in its distribution into all the kingdoms of life. And so it is at the Goodwill Festival that the three planetary festivals crescendo in revelation, producing seven great results.

The three full moon festivals of spring are destined to become a focal point in the new Aquarian Age, as more and more people of goodwill come together to celebrate that Humanity is One despite religious or cultural differences. And now, the festivals are being observed in mounting potency as people everywhere learn of this unique way to serve the planet as Watchers of the Dawn. Join in and help build and strengthen the channel for the powerful energies which are streaming in to form the framework of the emerging new world.

What occurs at this time on the inner planes intersects with the world of our experience. At the yearly high point of the Gemini full moon, people begin to feel and assimilate the spiritual energy that has come through. Many celebratory events such as graduations, weddings, and vacations are associated with the month of June more than any other time of year. This is a reflection of the download of energies from the festivals in connection to everyday life.

Over time the significance of this meditation ritual is revealed to those who become more soul attuned and less personality-oriented. The sun’s transit through Gemini offers an opportunity for uniting soul and personality and vitalizes the changes needed for the evolution of the Christ consciousness by channeling the energy of Love into our solar system, and onto Earth.

When at this the Christ's Festival the will-to-good is released into human consciousness, its potency affects the New Group of World Servers bringing Humanity closer to Shamballa.

Already many people meditate regularly to attract peace, light, and love to the planet, and the cumulative effect is larger than the sum of the parts. Individually or in groups, they are applying the Science of Invocation through meditation and collectively setting up a magnetic field to draw in and anchor these energies. Thus, by our conscious focus, we can attract light, inspiration and spiritual healing in such a way as to bring about positive evolution in human consciousness and broad-reaching changes in the quality of life on earth.

Each year the Spring Festivals are inimitable in character and quality. We now are able to tune in and discover what is the unique expression of the current cycle's Goodwill Festival.

Note: The article, Significance of the Goodwill Festival, shared by our awesome friends at SouledOut.org