The Stellar Codes™ And the Expression of Divine Light

The Divine Mind speaks the language of the stars.  Many times these syllables pass right through our conscious mind, and they are neither perceived nor understood. To comprehend the works and blessings from the Divine Mind, we first need to understand and relate to the language He speaks.

The Divine Logos uses the heavens as His universal communication board. In many ancient texts, we see expressions of change and the “Signs of the Times” expressed through the movement of the stars, the sun, and the moon.

"Let there be lights in the expanse of the sky to separate the day from the night, and let them serve as signs to mark seasons and days and years…”
~Genesis 1:14

They are the Voices of this Heavenly choir that sings the harmony of the spheres in all its multiple frequency signatures.

“And there shall be signs in the sun, and in the moon, and in the stars; and upon the earth distress of nations, with perplexity; the sea and the waves roaring; Men's hearts failing them for fear, and for looking after those things which are coming on the earth: for the powers of heaven shall be shaken.”
~Luke 21:25-26

The stars are interconnected with each other, all flowing along magnetic field lines, the arteries of the galactic body. The galaxy's coiled field lines diverge into intergalactic space where they ultimately connect to other galaxies.  These tendrils of energy act as the nervous system of the universe, relaying information from star to star, galaxy to galaxy, and little by little permeating throughout the fabric of the Cosmos. 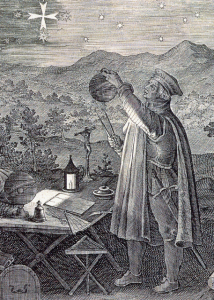 The Stellar Codes are the expression of the Divine Light in its many manifestations throughout the Universe. They were the Guides of the Ancient times, which not only ruled and governed the daily calendars for human activities, but also demarcated the infinite cycle of the evolution of our souls.

Through the enlightened path of the Cosmos, we are able to perceive the influence of the stars as guides and facilitators in the diverse and necessary processes of transformations of our human soul-experience.