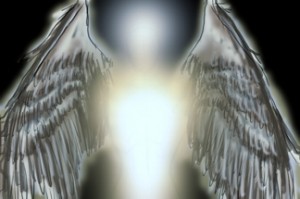 "Mastery consists not in abnormal dreams, visions and fantastic imaginings or living, but in using the higher forces against the lower--escaping the pains of the lower planes by vibrating on the higher.  Transmutation, not presumptuous denial, is the weapon of the Master."
~ The Kybalion

There is a time on the path of Self-Mastery that is a point to start thinking about our personal Inner Sanctus, our personal sacred temple. We are starting now to understand the daily applications of this concept.

When we are inside of the normal state of consciousness, we are not inside of our temple; we are in the ante-chambers of it, because there we interact with other beings.  We only enter the temple when we activate the two pillars, the Ida and Pingala, the inner energy channels, or Jakin and Boaz, the name of the two pillars in every temple.

“It took Solomon thirteen years, however, to complete the construction of his palace.”
~1 Kings 7 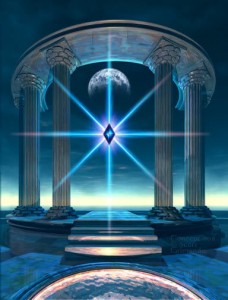 Again, let us reiterate that when in the normal levels of consciousness, we are not inside of our temple. But how do we really know when we have entered the Temple?

There are some particular and clear signs that show when it is done. Once you have had a self-aware and awakened experiences inside your inner temple, then you are able to start working beyond your normal levels of reality. The truth is that every human being is a multidimensional being, but the majority has no awareness or even the perception of its role and work on the different levels of our multidimensionality. But only through this awareness is one completely able to concretely start its journey towards illumination and ascension.

The goal is to, little by little; unveil the chambers of the temple until we reach a central place, the abode with open skies: The Shekhinah.

To reach this point is to reach integration, illumination and freedom.

Every time you enter a sacred ground of a Temple, whether it is initiatic or not, or even a Church, there are some basic rituals that must be performed, due to the kind of reverence and respect that the samskara of the place may incite on you. 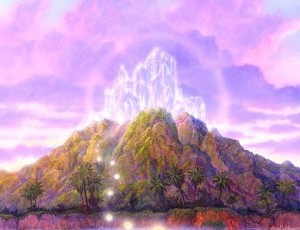 You may now understand that the “entering of the Temple” is nothing but the entering the sacred space of the SELF; and in this sense, your body is your Temple of the Holy Spirit. It is a truth known by many schools of Wisdom and cultures throughout time.

The final stage of Initiation can be understood as the stage that the seeker is no longer a just a seeker, and becomes a co-worker on the Master’s path. In this chapter of his existence, he is not a master yet, because for that he would need to overcome death, maybe not even been completely self-realized. Only this task confers on the candidate the Spiritual Mastership.

Levitation, healing capabilities, psychic abilities and clairvoyance (and the other Clairs) all pertain to the realms of the apprenticeship, they are not desirable abilities required for the masters. It is funny how we tend to think that those aptitudes are the ones that make us masters.

For the serious student of ageless wisdom, these are qualities that are not necessarily developed, studied or promoted in the ancient schools, and the reason being the fact that these gifts are actually innate capabilities of every human being, and seen them as from a divine origin or gift, implies that only Divine Beings can manifest them, and this is not correctly portraying the truth. These abilities are by-products of the path of mastery, not the other way around. The secret of mastership relies on the practice of unconditional love. 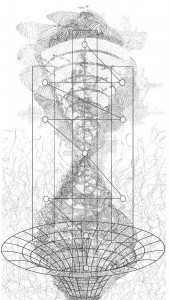 Many Dark entities are known to control many of these powers and it is a matter of fact that a good part of them have them all. These “gifts” do not make them Divine, only masters of the Dark Magic and arts. They are not self-realized beings and they cannot ever perform the last initiation successfully.

They knowingly have no control of what may happen to them once the Material Ego is dead, because the human passion is still much engraved in their beings. They will do pilgrimage through various world, with absolutely no sovereignty, experiencing suffering and having little or no control over what can happen to them.

“Behind the second curtain was a room called the Most Holy Place…”
~ Hebrews 9:3

Our final initiation, death, is one we shall pass the threshold alone. In the Stellar Code™ - Lyra, we emulate this experience through the event called by the mystics as the Death of the Ego. Once mastering this step, we will be enabling us to conquer death, and then our real life will be able to start in a more fortunate way. The veils of separation[1] and duality will be lifted permanently and we will be able to finally see the truth. Our Soul and our eternal truth reside on the reality beyond these veils.