The Mystical Christ and the Path of Self-Realization

As surprisingly as it may seem, a great number of people ignore the existence of the Mystical Christ and many still doubt the historical existence of the Christ; their objections are nothing but sparse divagations, and they are fruitless as it is fruitless to discuss the existence of energy fields or gravity laws around our Planet. We need to reinforce that the Christ is not exclusively a historic event nor is a being: he is an ex-temporal manifestation of Consciousness and He is Eternal. 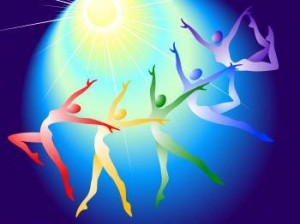 The Mystical Christ or the Cosmic Christ is the Divinity that comes to embodiment through matter, being the externalization of the incarnation of the Logos: “And the Word was made flesh”.

This material body receives the emanations of the third aspect of the Trinity, the Holy Spirit: the Life Energy that animates the ANIMA and permits the Divine plan to take place.

The Christ develops and expands itself in each instant and with every movement.  He is in itself the Sacred Fire, the Cosmic Universal fire. It is said that the seeker that guides their self by the midnight sun, known as the internal Sun, is in truth following the spiritual and ineffable Sun of Christ. The power of this sun is indescribable and surpasses in great magnitude the power and luminosity of the physical sun. This Light is so bright, it enlightens our nervous system, our physical our connection with the rest of the universe, and works as the mediator between the intimate God and the external Man. This is the only point of the Spirit and matter. 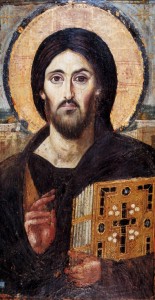 “The Word became flesh and made his dwelling among us. We have seen his glory, the glory of the One and only, who came from the Father, full of grace and truth.”
~John 1:14

Master Jesus, or Jeshua ben Pandirah, an initiate in the mysteries of Being, identified himself with the energy of the Christ-consciousness, the mystical Christ, proclaimed and expected by many of the old traditions. He “incarnated” the Christ of the old mysteries, the Logos, the second person of the Trinity and the second aspect of the Divine Spirit of God; the one that is at the same time the expression of the microcosms and the macrocosms.

Examining the aspect of the Christ of the old mysteries, we see that it express the route of the higher internal initiations, through the birth of Mystical Christ inside the human heart and in a later passage, through the activation of heart, transforming the seeker into a more intellectually and spiritually connected individual.

Only through pure love and commitment, a true seeker can aspire to receive the initiation of the heart. This is the Path of Sanctity.

“Blessed are the pure in heart: for they shall see God.”
~ Matthew 5:8 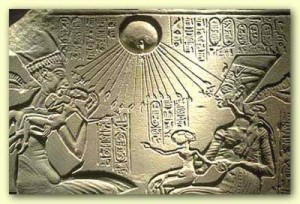 The Mystical Christ manifested in the hearts of men and women represents the Divine Fire of the Soul and, through its understanding, converts itself in pure Light.  The seeker must strive to develop their spiritual life through the transmutation of the heavier grips of the Ego. Only when this work starts internally can the Divine Christic child be born. If one is wondering how to reach it, we would suggest the guidelines gently prescribed on the Sermon on the Mountain.

The Human life is a perfect Universal System, a  Cosmic Matrix. It is compound by galaxies, suns, stars and entire constellations. The laws that prevail over these also prevails over Humanity: we were created to be part of a larger logical system. The more one advances towards the path of self-awareness and self-realization, the more we are made attentive to the universal laws. 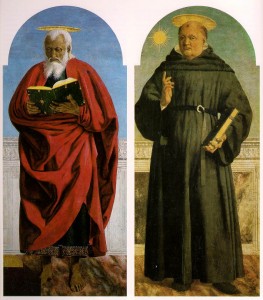 As the seeker urges internally to participate in this solar Divine power, they will go through Transfiguration.  This power will manifest itself through a halo around its head because this will provoke a dislocation of the fires of the Spirit originally from the Second chakra, the sacral chakra, to the higher centers. At this point, an exquisite transmutation of Light occurs:  the lower fire converts itself into the fires of the Holy Spirit and the luminous energy that enlightens the brain.  Only then will the seeker converts himself from a purely intellectual being to a cosmic omniscient being. This radiance of Light manifests itself as the diadem for the kings, the tiara of the bodhisattvas, the circle of light over the head of the Saints, and the halo of the Human Angel.