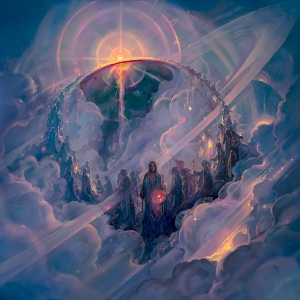 The School of Training for Planetary Logos

This cosmic passageway attracts only a few of the earthly beings at their conclusion of the earthly lessons.  This developmental path is a unusual one and since the aptitude of advancing the ability of our continuous consciousness and spiritual identification to the future assignments is part of every one of the Seven Cosmic Paths, only those that voluntarily chose the Planetary Logos Path will preserve a peculiar sensorial perception in working directly with the psyche and manifestations of life; and the students of this path have a propensity to work  with the Spiritual Lords and Chohans within the archives of the Universe.

This Cosmic Journey is sometimes known as the Path of the Lotus, because it is referred to be where the place where all the Logoic Lotus of the Solar Logos are constructed. All the schools of wisdom that prepare souls for this type of work are called, in the language of Mystics, the “Land of the Lotus”. Their curriculum is known as “the Sleeping Lotus”, because it involves a negation of manifestation, as a complete abstraction of self, only compared to a Solar Samadhi. The student here performs this role as vehicle in the plane of Atman, to Mayavirupa plane of Mind.

The collection of attributes that will incline the graduates of Earth to enroll and self-train on this cosmic path are three in number:

The qualities and proficiency acquired on this path is the etheric cosmic vision; which is the extension of a developed vision pertinent of the seven energetic systems that form, along with our own solar system, the seven centers of cosmic life, and which is sometimes called Cosmic Septanary Clairvoyance. 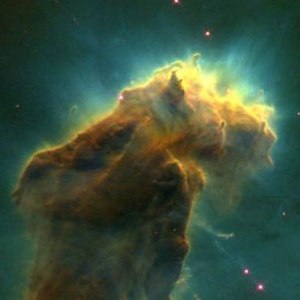 The student of this self-training place tends to preserve his sensorial perceptions of the universe, but in a more focused way and with emphasis on the deepest transcendent spiritual aspect of it.  All his senses are related and directed towards certain centers that synthesize different prismatic layers of consciousness transmitted by different solar logos that together vitalize and support our own Solar Logos.

This entire concept may seem a little hard to grasp at first, because we are dealing with Spirit and two other types of cosmic energies - Rays. The student who is journeying through the third path develops a specific relationship with the energies that emanate from the various cosmic centers that are related to spiritual vision and spiritual hearing. The sense of tactile feeling is related in essence objectively to the dense forms of physical manifestation, therefore this is not a developmental sense related to the Logos path.

The Earth graduates that pursue this pathways are directly under the tutorial of the Offices of the Mahachohan and will work directly with the “intelligence” or with the mental aspects of manifestation. From this office, the student will train with one of the various Buddhas (very enlighten souls) and in its final stages of training, they are to be mentored personally by Lord Sanat Kumara, performing then the roles of incarnated  Planetary Logos.

This is that path for those that have chosen to take upon the work as one of Planetary Logos for the next solar systems or one of the forty nine sub-planetary, to be their associates in those roles or to support others inside of the same office with different attribution of responsibilities.

Inside of this path, the work of the student revolves around the possibility of the Manifestation of the Monad of the Solar Logos through the body of consciousness to form this solar SOUL. A similar work is performed by the Solar Angels of humanity of the building of the physical and meta-physical characteristics that will support the incarnation of the souls as their vehicle of expression. Only their work will be perform in higher planes of existence.

It is extremely difficult to express into words what are the methods applied by the Student of Wisdom on this Cosmic Path. This is a known path to be one of prismatic identification and it refers primarily to the colors and rays of the veils that cover the spiritual energies. To understand this is necessarily also to understand the symphony of life, because the stars sing melodies with and to each other, and then the canticle of God resonates before the heavenly choirs and produces a harmonic symphony of colors, sounds and frequencies. This is the way the prismatic identification allows the seeker/student to understand and operate as a maestro of this celestial choir, through the emanation of colors and necessary vibrational frequencies. When the student acquires the skills necessary to perform this task with mastery, then he is able to plea for a position as a planetary Logos; nevertheless we shall reinforce that the description above is mere symbolism, and the task in itself it is of grand responsibility and much more complexity.

Each Chohan of the Rays trains a certain number of initiates for this specific work, with special aptitudes of color and sounds and their infinite possibilities and combinations. The capability to work with the “psyche” and with the “spirits of evolution” identifies the individual to this high position and responsibility. We can say that the planetary logos are the Divine psychologists, even though their ways can be still being presented as a mystery to us. Each planetary Logos in its own planet have their own schools of learning and training, where opportunity of experience is offered to all, so as the individual progresses, the right position and actions are established.

You may be somewhat surprised to know that the source of all the Cosmic energies that manifest the fruition through the journeying of the Third Path comes from the Stellar being of Betelgeuse. From the occult standpoint Betelgeuse is a system of Second Order, while our own solar system is one of Fourth Order. There is a relationship between these two systems, not only resuming in it but opening to new associations with the Cosmos. This influence reaches our solar system through the constellation of Sagittarius.

The article above is based on the original “Treatise of the Cosmic “, a work from Alice Bailey (New York; Lucis Publishing Co., 1962/1925); ©Lucis Trust. The text had been adapted to be more accessible to people that are not quite familiar with Ms. Bailey works.