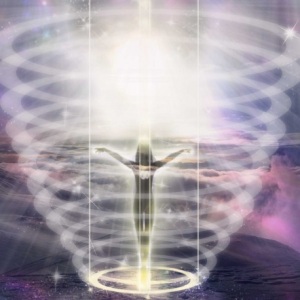 The circulation of the Axitonal system has been purposely atrophied in humanity, in order to make us able to function within the constraints of duality on Planet Earth. It is an energetic system proper of the fifth dimension which connects the energy vortexes of the skin to the vortexes of each body cell. This construct facilitate the pulsation of energy just as the circulatory system of veins and arteries pulsate the blood through the body.  This pulsation is somewhat of an electric nature and organizes itself much like our nervous system.

The Higher Self sends its high vibrational energies to the Axitonal lines, these tones are absorbed by the spherical vortexes located on the surface of the skin, journey through the regular meridians, until they reach the entire Axitonal system. Once received, the system will redistribute and recombine the sounds and frequencies of Light and color to recreate the same pattern of resonance through the circulatory, lymphatic, endocrine and nervous systems as once was determined to be the Adam Kadmon, the original Avatar Blueprint for Humanity.

The Different Dimensions of the Being 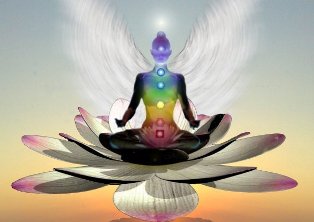 The same procedure also reaches down to the microscopic level of the body cells, with the frequencies successively refined to be absorbed by the infinitesimal portions of the cell molecules, through the same system of vortexes.  On this plane, the vortexes create, also by resonance, small structures of Light that resemble webs of Light. This is the primeval force of existence that propels humanity to continue evolving and adapting.

The Sixth Dimension holds the patterns and molds of everything that has been created into formal matter, as well as in the bodies of Light. It is on this plane of existence that all the DNA codes are saved and guarded, to prevent distortions in the Divine plan of evolution.

Finally, the structures of the Seventh Dimension found in the Etheric Body are related to the ones that mediate the relationship between the Physical Body and the Astral Body of a species and its Divine essence. The Adam Kadmon is the Divine Blueprint from which every template of every sentient being is based.  It can present itself in innumerable forms and houses vast and diverse levels of manifestation of consciousness.

These Seventh Dimensional structures are extremely flexible and can be unique for each individual, while having a natural barrier that defines the limitations for “corporification of the many species”, preserving a sense of uniqueness and consistency.

Before the activation of the Body of Light, many only perceived the fourth dimensional reality of our bodies and ignore the many dormant potentialities enclosed inside of the Etheric realm. 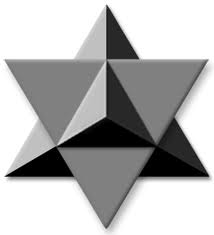 The other extra-physical body described in this model is the Emotional Body.  The Emotional, Mental and the Spiritual bodies are formed in a similar fashion as double tetrahedrons, each individually rotating at specific rhythm and cadence, at different frequencies and vibratory patterns.

Inside of the Emotional Body, these tetrahedrons, which are just pure geometric patterns of formation, tend to vibrate in dissonance.  This is because of the existence of the structures inside of the Etheric Body that function as points of imprisonment, the same points mentioned in the previous article, which often transform an individual into a hostage of their emotions.

The reason for this is that one of the challenges of being human is to learn how to detach ourselves from the game of emotions and to learn Karmic lessons. These attachment points are also presented in geometric pattern and they contain lessons or probationary experiences which can produce a sensation to be stuck in a situation for a period of time. The impression of being trapped causes sensations of limitation and ill will, and it will last for as long as it takes for these geometric patterns to express and develop themselves, and thus becoming liberated from the Emotional Body.

The Mental Body is also composed by geometrical patterns. The function of this body is to serve as a parameter of reality. Being one of the lower bodies, it was created to have the belief that it controls everything.  It accepts as true that it creates and directs the events and circumstances of life, but this is not true.  Its sole function is to maintain the limits of reality and to allow one to ground oneself enough to interact within the realms of duality and the game of light and shadows.  It determines the way the universe is created inside of every life, giving the rational aspect to reality as we perceive it through the five senses. The Mental Body has its own constrains; it abhors changes, especially the ones that cannot be rationalized and absorbed intellectually. Its task is to guarantee the survival of the individual. It is incredible the amount of energy spent by the Mental Body to keep the structures of the manifested world stable and to constantly recreate the illusion of separation  in our minds, grounding a multi-dimensional being into the lock of a human experience. To keep the strength of its constrains, the Mental Body induces the mind to label  everything, to compartmentalize  situations and events, and  classify everything that cannot be explained, seen or experienced by the senses as unreal.  For this task, it was created to naturally repulse any movement that comes from Spirit. This is the way the design previews the optimization of the Karmic games in each and every life. 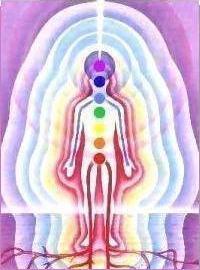 The Spiritual Body, the next one of this model, is also formed by the same double tetrahedrons, but they do not contain the Karmic elements and residues we encounter as components of the other extra-physical bodies. Its main objective is to connect the Supreme Mind, the Absolute and Eternal Christic Soul, and the Presence I AM.  Again this body is not a vehicle of Karma.

The Spiritual Body transmits impulses and information that comes from the realm of spirit, but mostly these impulses or insights encounter the blockages of the Mental Body. The Emotional Body, in its turn, is sometimes able to capture the movements and expressions of the Soul, but because it depends on the Mental Body to rationalize the experience in order to understand, it tends towards silence and to be acquiescent. Most modern spiritual crisis comes in a disguise of an emotional emergency.

If not properly understood and assimilated, the insights of the Soul fall into unconsciousness, and in consequence, the individual continues to rotate around the circle of limitation and illusory separation, perpetrating to the limits the polarity game.

The Law of Free Will