Esoteric Meaning of the Soul Scepter

Throughout the history of civilization, the leaders of many cultures have adopted the scepter as a symbol of power and authority. They were of diverse of formats and materials, but their characteristic significance of supremacy and sovereignty did not vary. 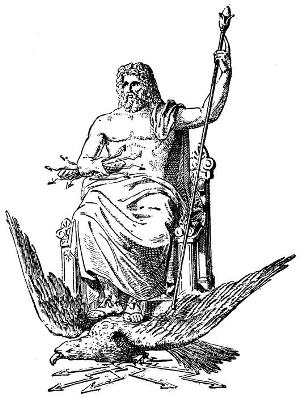 They were objects of distinction of command in the format of short staffs and wands. In the ancient times, scepters are used by the Gods and demigods, heroes and legendary kings; usually, they were long and extended.  In classical Greco-Roman mythology, the god Hermes/Mercury has a special wand called a caduceus.

In the Hellenistic period, the biblical Book of Ester mentions the scepter of the King of Persia.

During the Middle Ages, the kings and regents usually used the shorter versions, but ostentatiously adorned as an item of royal or imperial insignia. In ecclesiastical and formal government ceremonies, select officials may carry a wand of office or staff of office representing their power. In the present times, we still see the use of scepters but in more simplified and smaller formats. Scepters with small shrines on the top are sometimes represented on royal seals.

Use of a rod or staff as representing authority can be traced to the commencement of Classical Antiquity. Among the early Greeks, the scepter[1] was a long staff, such as Agamemnon wielded[2] or was used by respected elders[3], and came to be used by judges, military leaders, priests and others in authority. It is represented on painted vases as a long staff tipped with a metal ornament. When the scepter is borne by Zeus or Hades, it is headed by a bird. It was this symbol of Zeus, the father of Olympus, which gave their inviolable status to the kerykes, the heralds, who were thus protected by the precursor of modern diplomatic immunity. When in the Iliad Agamemnon sends Odysseus to the leaders of the Achaeans, he lends him his scepter.

The same significance can be found in the use of the staffs and wands, and many magicians and high priests of many schools of wisdom from the past used these elements to externalize the power and the control over certain elements of the spiritual realm, hence the use of magic wands. There is some scholarly opinion that the magic wand may have its roots as a symbol of the phallus. It may also have originated as the drumming stick of a shaman, especially in Central Asia and Siberia, as when using it to bang on his drum or point, to perform religious, healing, and magical ceremonies.

The true meaning of the staff and the wand can be observed through the trumps of tarot cards, individually analyzed through the wands suit. 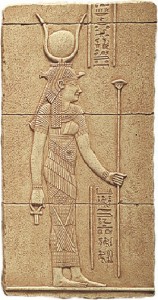 In Ancient Egypt, the staffs were often described as scepters because they were also a symbol of power, independence, and sovereignty. In Pharaonic Egypt, toilette articles, weapons against possible enemies, amulets against serpents, were also left in the royal and spiritual leader’s tomb, together with magic texts and a magic wand which enabled the ka, or soul, to use them. The staff with the longest history seems to be the heqa-scepter, sometimes described as the shepherd’s crook.

Among the Etruscans, scepters of great magnificence were used by kings and upper orders of the priesthood, and many representations of such scepters occur on the walls of the painted tombs of Etruria. The British Museum, the Vatican, and the Louvre possess Etruscan scepters of gold, most elaborately and minutely ornamented.

Nowadays, the scepter continues to hold a deep significance when it refers to the process of expanding consciousness and empowerment of the soul. It is part of a bigger movement towards the liberation of our wheel of Karma and an essential element to be assimilated by those that have been developing inner work.

To fully work with the power of your Soul Scepter, one would need to undergo a preparatory work or cleansing, readjustment, and tuning of each of the physical chakras, in order to facilitate the access the deeper levels of each energy center and chambers that resonate with the vibration of Christ-consciousness and unconditional love.

The work with the Soul Scepter transmission or attunement can help an individual to awaken and activate the psychic gifts and abilities that are aligned with your mastery path and the plan you made with the Creator prior to incarnation.

The spiritual custody of the Soul Scepter empowers the lower self to align with the will of the Soul, eliminating patterns and residues of unperfected programs that were created and assimilated through lifetimes.  The Soul Scepter Empowerment Activation from the Cosmic Presence I AM was designed to assist each being to step into full liberation and sovereign state, so that they may fulfill the path and plan they made with the Creator prior to incarnation.

The Soul Scepter Attunement is the monthly attunement Humanity Healing is sharing with all Members of the Online University for July 2011 and will take place on 16 July.  The eBook may be found in the Attunements & Empowerments section of the Online Resource Center.

If you are not a Member, but would still like to receive this attunement, visit: Attunement of the Month in the pull-down menu above.

Earth Star-Clearing of the Reincarnational Point