The Power of Reiki Healing

JIVAMALA: The Necklace of Souls

One of the fundamental elements of Buddhism is the doctrine of reincarnation. Human beings die and are reborn over and over again because they fail to see things clearly and wake up to the spiritual emptiness which lies behind the phenomenal world. It is this false perception of the nature of things that leads to wrong thinking and bad behavior, which in turn causes this painful cycle of death and rebirth.
Jiva is a Sanskrit word that means a living being or a being which holds Life; sometimes it can also mean Individual soul. The concept of jiva in Jainism is similar to atman in Hinduism. But in Jainism, it also can signify the individual life monad or separate individual self, or the aggregate of all life monads or separate selves 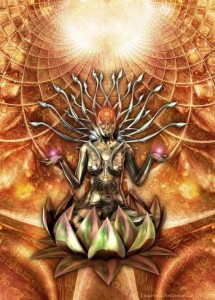 However, some Hindu traditions differentiate between the two concepts, with Jiva considered as the individual self, while Atman as that which is universal, unchanging self.
Mala is a string of prayer beads, commonly used by Hindus, Buddhists, and some Sikhs. The Catholics have a similar string of beads called the Rosary.

Jivamala is an ancient Buddhist Practice of purification Known as the "First Watch of the Night" meditation. Through this practice, the individual embarks on an inner journey to remember previous lives (Lifetimes) to purge the bondage and traumatic experiences of those lives.

Jivamala diminishes the attachments from the previous lives as It can also eliminate the residual Karmic junk that is reminiscence from these lives.

A Lesson in Fortitude