Christ, Buddha and the Saviors of Mankind, Part 1 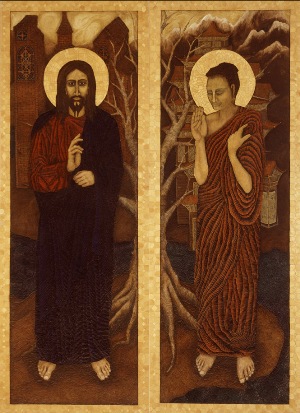 There are many comparative studies of the lives of the masters Gautama Buddha and Jesus, as there are many revisions about the lives of Krishna and others historically important spiritual teachers. There are in many of them thematic parallels among the lives of these Saviors of Humanity. Incautiously observing this, it is almost awkward to declare that these facts are more than just coincidences or just the result of the random curse of events.

H.P Blavatsky, in her book “Isis Unveiled”, points out that Gautama was the son of a king; Jesus was also a legitimate descendant of King David. Buddha was known to be one of the incarnations of Vishnu, and Jesus was known to be an incarnation of the Holy Spirit. Both were pure expressions of the Divine. Both their mothers conceived their sons in a very particular way; both of them, Mary (Jesus’ Mother) and Maya (Buddha’s mother) were known to have had immaculate conceptions. Even their names, Mary and Maya, were proven to have come from the same root, from a remote registry that the human mind can no longer reach.

Both of these initiates were able to perform miracles, extraordinary healings, and transformational teachings. In the dark ages of humanity, those parallels were dismissed to be only the work of the Devil, the great liar that wanted to confuse the rightful and the faithful. 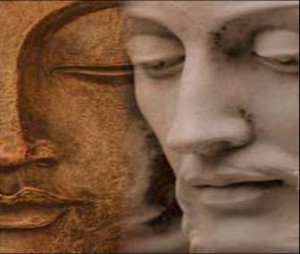 Some other scholars, investigating the different religious backgrounds of the ancient world, could prove the existence of at least sixteen different traditions where the savior dies to save Humanity. This comes to show that characteristics that are common to their stories are more than mere coincidences.

More than what it is publicized by the religious traditions of today, where the stories of the masters are nothing more than the sterilized version of their teachings, the spiritual path should be seen as a trail to the followed by advanced disciples, that inevitably one day will also save humanity. The difference now is the element of Sacrifice; not necessarily seen as it was a couple of thousand years ago.

The Tearing of the Veils

“Then, behold, the veil of the temple was torn in two from top to bottom, and the earth quaked, and the rocks were split, and the graves were opened, and many bodies of the saints who had fallen asleep were raised.”
~ Mathew Matthew 27:51 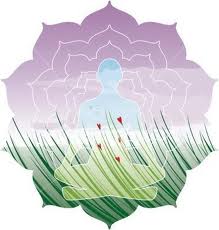 Gautama, the Buddha abolishes idolatry and creates massive conflict with the Brahmas’ that had the monopoly of the traditional teachings of the Hindu society. He promotes and teaches the mysteries of the unity, oneness, and Nirvana, and offers safe practices accessible to all castes in methods to reach liberation from the wheels of suffering and pain.

Jesus the Christ shows himself against the religious tyranny of the Pharisees and scribes of the Temple, and openly teaches the mysteries of the Kingdom of God. As we can observe, the convergence of facts and similarities are overwhelming.  Esoterically, it is nonetheless said that Chris Jesus was a being originated from the Seventh Ray of Creation, while Buddha is said to be the master of the Fifth Ray. The fact is that these enlighten beings are rays and frequencies of the Christ-consciousness vibration, emissaries of the Light to bring about the opening of consciousness in their lifetimes.

From another angle, both of their traditional teachings speak about three different levels of realization, or there are three grades of human spirits.  The upper level is called the elected, even though there is no elitism implied under the term that would derive any sense of exclusion. Among the Gnostics of ancient times, the elected were called Pneumatics, which in their language meant “guided by spirit,” among the Buddhist they were known as “Arias”, or advanced beings, the sacred ones.

The Second group, an intermediary one, were known among the Gnostics as the Psychics, or religious ones.  These, among the Buddhists, were known as Aniata.

The last group, for both doctrines, was comprised of the common men.  The Gnostics called them the Somatics or Hylics, the “worldly” people: pure emotion and “living in the now” for pleasure. The Buddhist called them silly people, because of their permanent desire to dedicate their lives only for the immediate pleasures of life and are still immersed in Maya (illusion).

All the structural body of their teachings was designed to attend to the needs of these three grades of Human spirits. To the ordinary men or Somatics, the instructions were directed to practices of daily life and ethics. 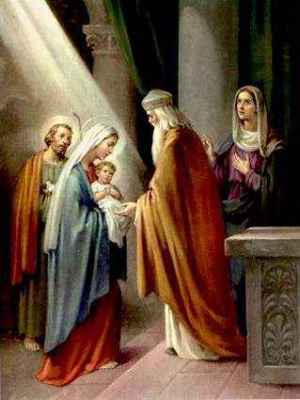 For the second level of Souls, the psychics for the Gnostics and Aniatas for the Buddhists, the teachings were directed to a more ample vision in dealing with challenges of the daily life and spiritual practices. Most of these lessons can be found in the sutras and also in the Christian scriptures. Their perspective of this particular group was directed to the close care of these Souls because both doctrines believed that this group of Souls could fall back into the broader group if they did not have the proper instructions and spiritual practice. Also, their specialty resides in that they at the same time could be the group of Souls that could transcend and enter the realms of the “elected”, or the saved ones.

Finally, for the last level of human souls, the so-called Pneumatics[1] for the Gnostics or Arias for the Buddhists, both Masters offer what we call the “Accelerated Path”, or inner teachings. They are comprised of a more elaborated set of teaching since the accelerated path has its own privileged requirements and requires constant purification and tenacious dedication. This is not a path for many. Among the Buddhists, the monks have a period of study to develop the foundation of the future teachings. Just a few of these monks are invited to continue their studies, as they will involve more than sutras and Tantra to reach their goals. For the Gnostics, the advanced techniques involved the practices of the Sacraments; for them, the sacraments were five, as they were taught by Christ and later, his disciples. They were originally only five instead of the seven practiced by the Church today. Originally, the Sacraments were transformational rites of passage: our equivalent of modern initiations.

[1] From "pneuma" meaning "air" or coming from Spirit. These souls preserve a living connection with pleroma, therefore, considering the human spirit as a spark of God's light and in effect a part of Body of God himself. They can sometimes be minimalists and ascetics individuals.