Four Elements in the Egyptian Initiation I

The Egyptian initiation has captured the Imagination of the world throughout the centuries. Human beings are formed by the four elements of nature: fire, earth, water and air; plus one element of spirit which is the ether, the element that forms the foundation and bridges our mundane existence to a bigger cosmological and universal reality.

Human beings are formed by the four elements of nature: fire, earth, water and air; plus one element of spirit which is the ether, the element that forms the foundation and bridges our mundane existence to a bigger cosmological and universal reality.

How did the Egyptians perceive the role of the four elements?

Mysticism was everywhere in ancient Egypt: in its architecture, literature, music, in their creative expressions including their imagery of the world.  It permeated their imagery of the gods and their mythology.  Their way of thinking and how they weaved their scientific understanding of the world is still not fully understood by modern science. Their scientific methodology made vast use of the four elements and of its quintessence, the fifth element:  a mixture of magic and technology to model and administrate the lives of the Egyptian people.

It is impossible to speak about the functionality of the four elements in ancient Egypt without mentioning the procedures of the Egyptian temples because it was from these that all the literature that has inspired various mystical schools of thoughts from diverse cultures and religions came from. In the realm of occult science, it is said that the Egyptians inherited the traditions of Atlantis.

To initiate a journey toward the sacred, one must acquire some control and complete an understanding of the four elements that are the fundamental blocks of our very nature. Every chela or seeker that works to apprehend the concepts that transcend the material world, the world of "imperfection", must pass through the four initiatory tasks in the mysteries. If they succeed, they will be allowed to continue to study, perfecting their understanding of the mysteries of God, and the Divine Plan. If the seeker failed, they were no longer allowed to pursue their study because it was the sign of an immature, or young soul, still incapable of anchoring basic concepts that would be fundamental to the success of an advanced level of expansion of consciousness. 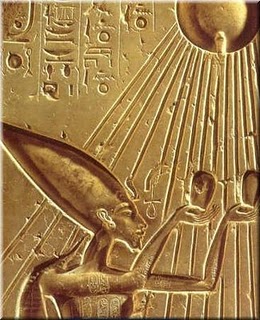 In truth, failure would not shut the doors for those that did not achieve the required level in the four initiatory trials, because even the disappointment could be perceived by the seeker as a way to exercise patience, persistence, and fortitude, all of which are desirable qualities for those engaged with the mystical path. Ultimately, the four minor initiatory trials functioned as a measurement and overview of the attachments that the Ego still had over the chela.

But what were the Four Initiations of the Elements?

Note: The Role of the Four Elements in the Egyptian Initiation - Part II is available to University Members only.