A Brief Overview of the Multiple Dimensions that Surround Us

Beyond the stars inhabit other worlds. ~Einstein 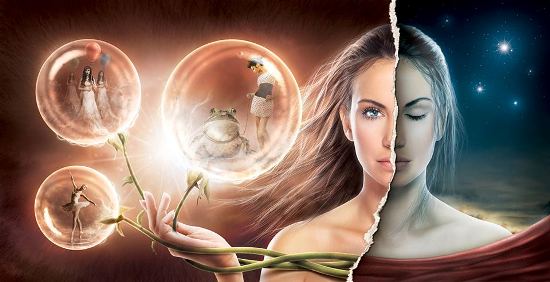 In 1919, the scientist Theodor Kaluza sent an article to Einstein with a mind blowing proposition. In his article, he postulated that the fabric of space could possibly have and support more than three common dimensions.  Beyond the three dimensions that we understand though our perception; he inferred the existence of a new layer of special fabric, the fourth dimension.

Modern curiosity about the topology of the universe has ignited an increasing interest in cosmology and has helped raise several possibilities and approaches. Some of these are theoretical and others are based on mathematical and geometric simulations. Essentially, our human minds keep wondering whether the topology of our universe is infinite or whether it has a specific geometric shape.

Theoretically, it is not easy to conceive a geometric model that encompasses the vast possibilities of the boundaries of space and time in our universe. While it is easier to conceptualize with two-dimensional flat surfaces, the construct of our actual universe itself is much more complex to portray and it is a piece of property that has not yet been able to be  measured and quantified.

When in Crisis, Activate Your Spiritual GPS

If we conceive a three-dimensional geometry, such as a spherical surface, this results in a universe with a surface bound and wrapped on itself, implying that if we walk in the same direction continually, we will come back to the starting point.

The three dimensions that are known to us are basically defined by the directions of possible movement that are allowed in the space plane.  They are what we could name dimensions left and right, dimensions backward and forward, and the dimensions upward and downward.  Nevertheless, all of these dimensions are accompanied by the dimension of time, which is past-future, which would constitute our fourth dimension.

Even in the eventuality  that we, as humans, acquire an ultimate  description in how to define the Universe and its topography and geometry, we would still be limiting the role of consciousness, regarding it as only one of the possible dimensions, like one of the space vectors.  To limit space into space only means to  create a paradox that we cannot ever solve: what are the limits of the universe, where does it end?