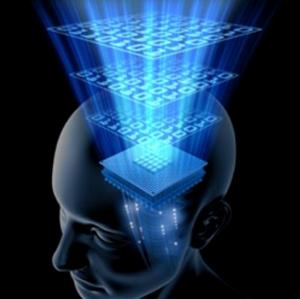 Relative Intelligence can be defined as the perceptional ability of an entity to preview, understand and utilize different phenomena that occur within their relative perspective of the world. In this view, all consciousnesses or entities are highly intelligent granted their related planes or prospects regarding their interdependency with each other and ultimately occupying the same space, nevertheless grasping the different dimensions.

Developing the second concept further, what this really means is that we cohabitate the same space with other entities in upper and lower planes of existence. This means that animals belonging to smaller World Scales are adapted by nature to their specific referential world.  They are, however, coexisting with us on the same planes of our concrete and abstract realities.

In the world view of relative perspective, some of us only see the lower planes of vibrational beings like animals, cells and atoms (so far) as not having consciousness.

In the world view of relative intelligence, we perceive different beings on the diverse vibrational frequencies of the higher planes as interacting with us and we with each of them, understanding that we are on different levels of awareness, or consciousness, and knowledge of different planes, dimensions, and planes that take us away when we need to communicate clearly to make ourselves understood.