Wisdom is nothing but a preparation of the soul, a capacity, a secret art of thinking, feeling and breathing thoughts of unity at every moment of life.
~Herman Hesse

When a person is suffering from asthma, the trachea, the vehicle that carries the air in and out of the lungs, is inflamed.  This is the cause of the difficulties in breathing. The breathing crisis can often create panting and stuffiness.

The frequent symptoms of asthma are:

The physical constrictions in the trachea and lungs created by this illness also significantly affect the operational system of the subtle bodies because the primary source of Divine energy intake comes from the Pranic particles contained in the air we breathe.  This is a major cause of asthma.

The defective absorption of this crucial source of energy into our bodies is caused primarily by psychosomatic reasons, which generate blockages that in time can be identified as energetic karmic obstructions.

A person develops asthmatic symptoms when he/she has problems dealing with their emotions and externalizing their opinions and feelings. It is not unusual that during the evolutionary process this soul may have experienced profound traumatic emotional or physical shock, which automatically, based on previous experiences, the soul tend to repress their abilities to express their feelings to the point of suffocation.

Love is a portion of the soul itself, and it is of the same nature as the celestial breathing of the atmosphere of paradise.
~Victor Hugo 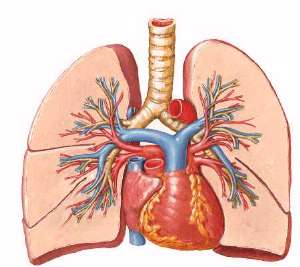 The lungs are the energetic vertices responsible for keeping the emotional records of all the expressive experiences of the soul's journey.   Therefore, its inability or virtual incapability to process vital energy into the entire system of bodies comes from the need to be accepted, from the self-imposed pressure to contain its own emotional needs.

What is a Healer?

Another of the causes of Asthma is a deep representative cry from a soul to be loved and to be cared for.  In the unconscious mind, there is the need to express themselves as stronger than they really are and to hide their sensible side, because they are convinced by the traits of their Egos.  That sensibility is the source of all their sufferings and, ultimately, the reason they undergo all the traumatic experiences they have been involved with.

Another of the causes of Asthma is the inherent need to control life's external situations. In this particular case, the soul may have extreme difficulties in dealing with boundaries, limits, either for themselves or others. Their need to control situations to manifest themselves according to with their personality program frequently drives the physical body to a level of self -pressure and stress that can provoke very violent side effects in their breathing patterns.

Another of the causes of Asthma can come from the feeling of being rejected by their mother and father in this lifetime, and this feeling may very well have been perceived since the life inside the uterus, before the actual birth.

Anatomy of the Ethereal Body, Part I