The Twin Flames and the Alchemical Marriage - Part I

Alchemy as the Way to Self-Enlightenment

Due to our actual state of evolution, humanity as one body has not crossed as a species to the stage of self-consciousness. Our progress until now can be presumed to be related to the advances of our civilization and our intellect.  But the progress we can easily note refers solely to the external dimensions of our beings, which is our Ego. They are usually driven by the opinion of others. The Inner Self, the more refined portions of ourselves, have collectively evolved very little because it has assumed a stationary motion to comply with the frequent demands of our challenging egos.

The sad aspect of this is that humankind continues to be the cosmic orphan; a man is born, and he forgets who he is. He has no recollection of where he came from or what he is supposed to do during his life. The saddest part is that when he dies, he still may not even know where he is going afterward. The common man enters and leaves the realms of tri-dimensionality barely touching the realms of his inner self.

Conscious evolution starts when the personality-ego stops dictating the movements of the consciousness in daily tasks. The individual voluntarily allows the Higher Self, the Soul, to have more access to this plane of existence. The priority work of alchemy transforms the consciousness from the inside out, not the other way around. The transformational steps require commitment and thorough analysis of your thoughts and reactions.  Mastership comes through the personal learning and conquering of attitudinal tools. 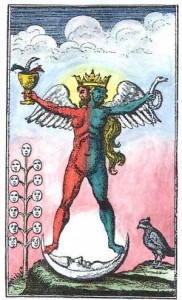 In ancient times, it was believed that when shooting stars were seen in the heavens, it was a sign that one alchemical marriage was just realized.

The Twin Souls are two complementary parts of a single Soul-unity. Nevertheless separated from it.  Souls may be trailing different conscious paths, but are still subject, in metaphysical terms, to the immutable spiritual law. The Laws procures the reunion of all the parts.  Everyone alive has a complementary part of themselves.  Often these parts may not be incarnated in the same plane of existence, in the present matrix of time-space.

If we consider the alchemical marriage not only as a rite of sacramental passage in the individual lives of people but as a union designed by a universal law or natural alchemical principle. With the Alchemical principle between two parts that are empathetic and complementary of one unity.  We understand that an alchemical marriage is the ideal state of a being. This is the real state of being where both parts can manifest perfection in emotions, actions, and thoughts with perfect alignment with Divine Will and the laws of nature.

A truthful alchemical marriage is a natural cosmic union, where each Divine essence yearns to connect with the Divine essence of the other part by natural attraction. This happens even before the empathies of the body can play any role. In ancient cultures, the marriage could not be consummated physically before the two inner selves had reached a sublime harmonic balance between themselves. The ceremony of the physical matrimony was performed more to satisfy the ethical and religious costumes of the land but as a formula that only could be completed after a natural spiritual union never occurred. The ritual of marriage evoked Divine blessings to the spiritually-aligned souls.

Through the passing of time, the alchemical aspects of the matrimony of souls became progressively forgotten or ignored. The mentality of men prevailed and created unnatural formulas for a union. In these formulas, they decreed the physical marriage to be complete and absolute. This way they imagine that by the imposition of their will, Nature would have sanctioned the marriage of souls along with the material decree. 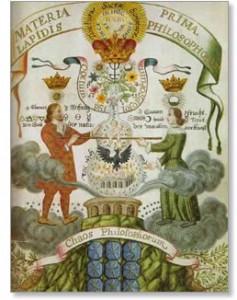 The perfect marriages manifested in physical form are nothing other than the results of the marriage of souls, previously lived and experimented in its purest Divine form. That is the origin of the famous saying, “a match made in heaven”. The true union of souls is impossible without the harmonization of the different parts of the selves.

The common unions derived from different types of relationships of souls, dictated by their level of commitments on their individual soul’s contracts.  They are also related to their scope of lessons considered (karma). In most of these unions, there is not a fusion of the two empathic nature of the souls. Is not either nor there is the alchemical or cosmic attraction, only the chemical attraction which is physical and transitory.

What is mortal is undoubtedly impermanent, always changing always transforming. After a while, the parts start to realize that they no longer combine as a unity, and do not resonate at the same frequency.  The disharmony of the physical elements, erroneously put together and start to dissolve the relationship in an irreversible way.