The Mystical Christ and Self-Realization 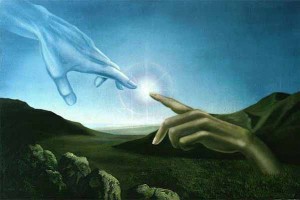 Where Matter and Consciousness Meet

In the journey of adaptation to the new multidimensional times, we face the challenges and limitations previously inserted inside of our conscious mind: the generations of conditioning and contagious behaviorist fear whose concrete elements can overrun our “operational system” much as virus and malware can with computers. Even through conscious actions, it is sometimes very difficult to access these choke points that constrain and limit us on our path to full Potentiality.  It can be even harder to evaluate and map out a plan on how to deal with and eliminate them.

We cannot anticipate different results in our lives when we remain in a reactive mode.  If we allow events or other people to determine our actions instead of being proactive, we cannot expect to receive the showering of higher vibrational frequencies because we have not developed a substrata fully equipped to receive the elevated emanations.  This substratum is the load field that will receive, process and absorb these energies.  In short, we cannot keep repeating the same actions vibrating in the same way and expect different results.

It is imperative to work towards the development and expansion of the energetic matrix that is already built into each one of us, through the chakra system, the meridians, vortexes and extra-physical bodies, to revamp the current structure with an upgrade of great proportion.  The increase of the coefficient of Light absorption is directly proportional to the continuum of consciousness expansion and thus, the enrichment of one’s Spiritual life through enlightenment and ascension. 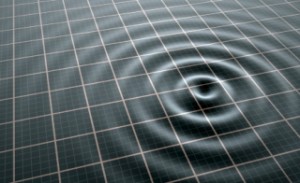 The Zero Point has been defined in many ways, but it truth, it is the interstitial space between the realms of Creation.  There are immense possibilities inside of the “space between”, because according to universe law, the Divine Mind abhors vacuum:  where there is vacuum or absence of element, the Universe always fills it with Plenitude. In her book, The Secret Doctrine, Helene Blavatsky says that there is not one inch of the Cosmic Universe that is not utilized for the drama of creation.  We live in the Plan of Existence where multiple dimensions coexist harmonically and sometimes they interact and exchange with each other. Therefore, there is immense potential and possibility that lies untapped in the interstitial space of the Universe.

“Everything in the Universe, throughout all its kingdoms,

is conscious: endowed with a consciousness of its own kind and on its own plane of perception.”

The way to access this untapped potential is through a quantum energetic approach.  In other words, through the framing and re framing of the mind, expanding its metaphysical capabilities and exploring the latent ocean of possibilities of the un-manifested energy of the Divine Mind from an out-of-the-box point of view. Perception, of course, is always a tricky variable present in every analysis, but as we cautiously scrutinize what has been said to us about the inherent capabilities of our brain and its usage, that it does not surpass 10%, and that our physical backbone DNA only has two strands and the rest of the DNA material is mere “junk”; how can we explain these unused resources present in our physical structure? To the same scientific community that rapidly dismisses any “transcendental” claim, we ask, “Are not these elements still in place because they are a result of eons of evolutionary work?” If so, then these extra DNA strands are not “junk” and the unused 90% of our mental capacity are pure fields of potentiality, untapped and undiscovered.

What would be the “Key” for the activation of this unprecedented potential?

The Key would be nothing more than Intention: clear, focused Intention activated and anchored into the rhythm of Creation. 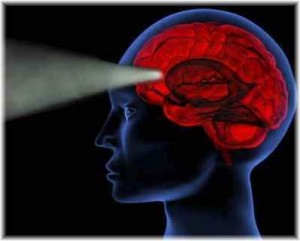 Keep in mind that when we refer to Intention, we do not mean Desire. These two concepts are widely mistaken for each other and it has created many misunderstandings and much confusion.   Firm Desire, or the act of wanting, and clear Intention come from different points of generation within our psyche.

Firm Desire comes from the emanations of the Ego and they carry with them energy attachments, such a personal fulfillment, self-reference and limited reach. On the unlimited field of consciousness possibility, anything that carries unperfected elements tends to manifest in an unperfected way or not manifest at all.

Pure Intention, on the another hand, is a focused energy generated from an inception point, the Zero Point, that touches mind and soul, and therefore is a higher emanation than the one that is generated only from desire. Intentions are the powerful layout of directives that rearrange and reconfigured the energy available in the ocean of unlimited possibilities, not limiting the outcome or distorting it for personal use, but utilizing the Prima Materia and co-creating with it.

“In the beginning God created the heavens and the earth.  Now the earth was formless and empty, darkness was over the surface of the deep, and the Spirit of God was hovering over the waters.”
~Genesis 1

The concept of Nothingness when it is referred to the unlimited and abundant Mind of the Divine, does not mean absence or scarcity.  Au contraire, it means untapped resources, prospects and latent infinitude of creation:  all that is plus what has not come to being yet. The reference to the world while God was processing the Creation as “formless and with void”, means simply that while it was still disorganized and not fully manifested, but still carried within itself the embryo of purpose and cause.

In Kabbalah, the three veils of the un-manifested are seen as the veils that hide the negative existence. What does this mean? Why negative existence? Negative existence refers to a the state where pure potential has not experimented with the possibility of existence on the 3D frequency or plan of manifestation. These veils are said to be the original “darkness” or unlimited possibilities yet to be manifested in the objective reality we understand. When God drew the Light out of the darkness, He pulled into the plan of reality of manifestation the unlimited possibilities conceived through the original vibrational of Fiat Lux.

“And God said, “Let there be light,” and there was light. 4 God saw that the light was good, and he separated the light from the darkness.”
~Genesis 3-4

Like some rabbis say, the energy of the second day is one of conflict.  It is said in the Bible, after every affirmation of Creation, that the manifestation of God’s intention was good. This is throughout all the stanzas, except for the one that reports the Creation done during the second day. This particular excerpt does not mention emphatically like the others how much the sight of His Creation pleased him.  The energy of the second day objectively translates for us only for the creation of the manifested 3D dimension and the conflicts of duality per se; but Creation did not take place in one day only, but in many, and all the ripples of the archetypes that were created permeate the vibrational signature in the genesis of the world and of the Cosmos. 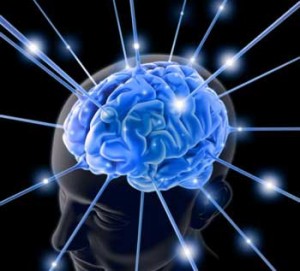 The Zero Point for us can then be clearly translated as a focus summit, where the unlimited energy of Creation, or pure consciousness, meets intention and directive and settles through the various channels to meet on manifestation grounds of third-dimensionality.

But is that all? Certainly not.  We have to overcome our personal darkness in order to continue trailing the spiritual path.  Knowledge and wisdom are the lights to our darkness, but the real Light just shines when we awaken Kundalini, the divine fire of the Holy Spirit, because only the Holy Spirit is the maker of the Light; and only through it may we acquire the power to destroy the darkness within.

The Good, The Bad, and The Ego